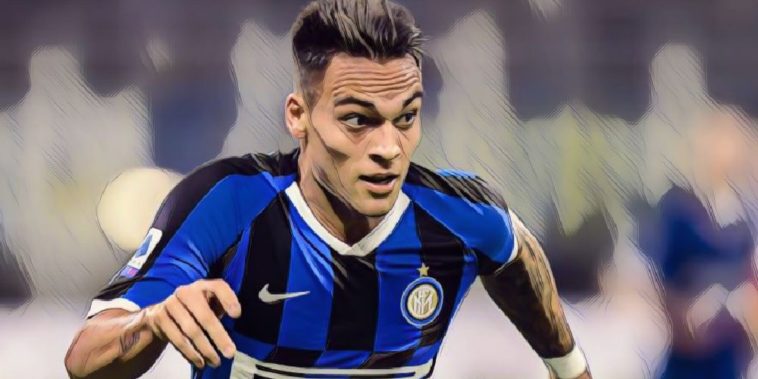 Chelsea and Manchester City have apparently joined Barcelona in the race to sign Lautaro Martinez as the Premier League duo seek additional firepower during the summer transfer window.

Martinez is attracting the interest of Europe’s leading clubs following a brilliant campaign at Inter Milan, the Argentina international having scored 16 goals in all competitions for Antonio Conte’s side and forming an impressive partnership with summer signing Romelu Lukaku.

Barcelona are believed to have been monitoring the 22-year-old’s progress for some time ahead of a big-money move at the end of the season, though the Spanish champions are now set to face serious competition for his signature, with reports suggesting both Chelsea and Manchester City have joined the race.

Chelsea boss Frank Lampard has made no secret of his desire to add a striker to his ranks, the Blues anticipated to be busy in the summer market following their transfer-ban, having already announced the impending arrival of winger Hakim Ziyech from Ajax.

Premier League champions City are also said to be strong contenders with the Etihad based outfit aware of Sergio Aguero’s advancing years, though the club’s current ban from European competition could hinder their hopes of securing marquee arrivals.

Pep Guardiola’s side have been banned from the Champions League for two seasons after being found guilty of breaching Financial Fair Play regulations, however, the club maintain their innocence and remain confident of overturning the decision ahead of an appeal to the Court of Arbitration to Sport.

According to Spanish publication, Sport, the offers proposed by the Premier League duo are of greater value than Barcelona’s, with each apparently willing to meet Martinez’s €111 million (£98m) release clause in full, while are also prepared to pay the forward an annual salary of over €10m.

Despite this, however, the report still claims that Barca are the favourites to secure a deal for Martinez as they seek a long term replacement for Luis Suarez, though the Catalan side’s financial power may be dependent on their ability to offload unwanted stars with a move to bring Neymar back to the Camp Nou having also been suggested.