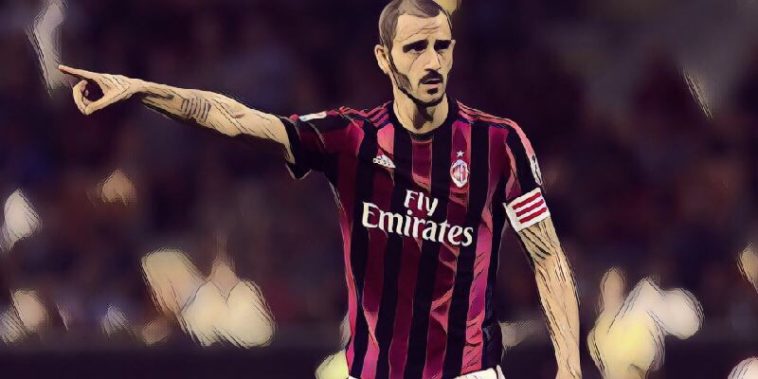 Chelsea and Manchester City have joined Manchester United in the race to sign Leonardo Bonucci according to reports in Italy.

The defender was one of the big movers of last summer, swapping Juventus for AC Milan, who under their Chinese ownership, tried to spend their way back into the Champions League with a lavish spree.

Despite splashing out millions on a whole host of players, including €42 million to take Bonucci from Juventus, the Rossonieri failed to return to the pinnacle of European football, finishing in sixth in Serie A and only qualifying for the Europa League.

However, they have now been banned from taking their place in Europe next season by UEFA for a breach of financial fair play, and could result in them losing some of their high profile players.

Bonucci, who was linked with a move to the Premier League last summer before opting to move to the San Siro, could be one of those high profile names that heads out of the club, with Milan in need of balancing the books.

We already brought you news that Manchester United are interested in signing the Bonucci as Jose Mourinho looks to strengthen his defence. While Toby Alderweireld is thought to be his main target, the 31-year-old would be a more than capable alternative.

Now, according to Calciomercato, Chelsea and Man City are ready to rival United’s interest in the Italian skipper.