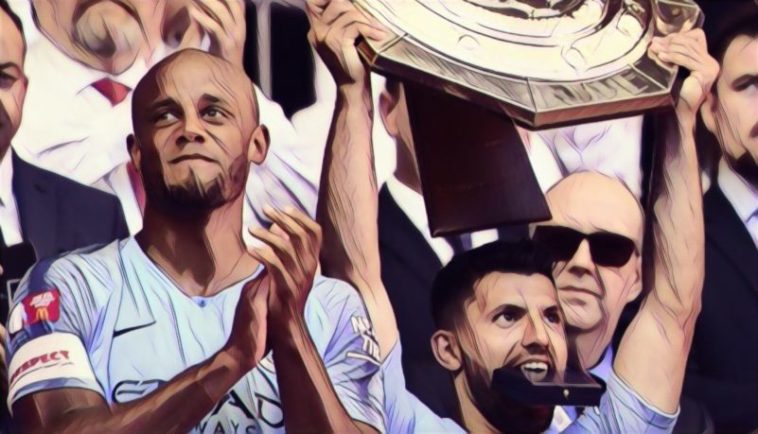 Pep Guardiola’s side were the better team from start to finish and deservedly won the game, with Chelsea boss Maurizio Sarri’s side still looking like a group of players getting used to their new coaches demands. Here’s how the players rated.

No chance with either goal and made a couple of decent stops, but still nowhere near good enough to be considered as a long-term replacement for Courtois.

Uncharacteriscally caught out of position on a couple of occasions, although his distribution was decent.

Just couldn’t get to grip with the movement of Manchester City’s attackers.

Excellent on the ball, but his poor positional sense was exposed all afternoon, and should have come out to press Foden for the opener.

Does not look anywhere near as comfortable as a left-back as he did under Conte as a wing back.

Did little to dispel the doubts that he is not athletic enough to thrive in Sarri’s system.

His manager has massive faith in him so he will have plenty more chances to improve, however he really struggled with the step up in pace from Serie A to English football, being robbed of possession in dangerous areas on several occasions.

Unfortunately for the former Everton man the game passed him by, and he faces a fight this season not to end up on the scrapeheap of over hyped young English players.

Completely ineffective on the right wing.

Service into the Spanish striker was poor, but still Chelsea have every right to expect more from their record signing.

Has been the star of his clubs pre-season, although he seemed a little but overawed by the big occasion. Is a huge talent though and will surely be all the better after the experience of coming up against one of the Premier League’s best right-backs in Kyle Walker.

Given a rousing reception by the Blues Faithful, who obviously want him to stay, but he made little impact during his half hour on the Wembley turf.

Still looks completely out of place in this Chelsea team, and may be better off seeking pastures new before 5pm Thursday.

His touch let him down on several occasions after his introduction, will make a decent signing for a bottom half side however.

The usual, great with his feet, dodgy with his hands.

Back to his day job of being a right-back after his World Cup exertions, and put in a commanding display.

Had his usual ‘Stones,’ moment when he passed the ball straight to Willian in a dangerous position, apart from that though he was composed in defence and possession.

Rarely troubled defensively and played a beautiful raking ball into the path of Sane in the first-half.

Razor Sharp on his return to the Manchester City starting XI. His blistering pace down the left will bring a whole new dimension to Guardiola’s side.

Recovered from a shaky start to lay on Aguero’s opener and put in a excellent display, which resulted in the England youth international quite rightly being praised by his manager afterwards.

Got through loads of dirty work in the engine room and passed well.

Superb. The Portugal international was classy with the ball at his feet all day and looks ready to play a more prominent role this season.

A few trademark shoulder drops and flicks, but all in all still looks like he is learning how to fit into his new team.

Won the game with Man City goals 200 and 201. One of the truly great Premier League strikers.

A heavy touch cost him when clean through in first-half and hooked at the break after picking up a knock.

Linked up really well with City’s forwards after his introduction.

Looked really sharp and probably should have got himself a goal.

Movement was excellent after his introduction and it will be interesting to see who Guardiola picks to lead the line this season.