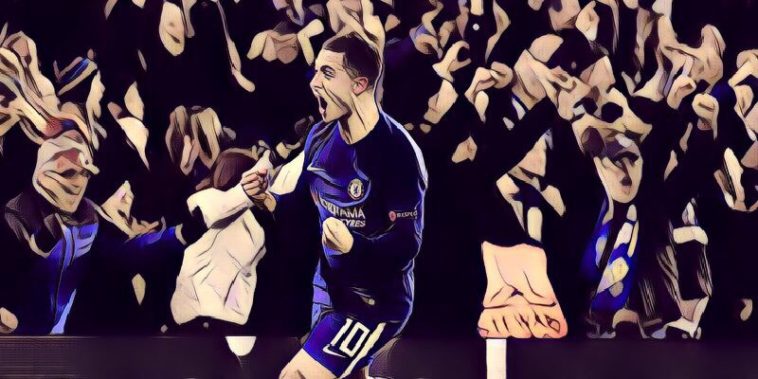 Chelsea cancelled out Atletico’s opening goal but couldn’t get a winner seeing the Blues through to the knockout stages, finishing second in the group to Roma. Atletico meanwhile drop into the Europa League. Here are five things we learned.

Atletico came into the game needing a win to have any chance of qualifying (they also needed Roma not to win their match against Qarabag). Atletico set up with two strikers but Griezmann prefers to be in an around the box or on the wing, therefore Torres was often left isolated, alone in the box.

Chelsea switched off and gifted Atletico a goal. However as soon as Chelsea equalised, you couldn’t see Atletico scoring again. This has been their downfall in the Champions League, they have only scored five goals in their six games, failing to net in two of their games  at all. They look like they really need a strong centre forward. Diego Costa’s first game can’t come soon enough for Diego Simeone’s side.

When Hazard starts to run, uh-oh

As mentioned, Chelsea equalised and it’s no surprise that it came from Hazard. He has been very effective in the number ten role this season. When he starts running at players, he is electric, his feet move so quick, it’s almost impossible to stop him, he forced an own goal, and really should have set up Willian’s winning goal, but the Brazilian blazed it over. He is exceptional and if he is fit, as he said, post-match, Chelsea can rival and beat any team. Hazard in the number 10 role this season:nine games, eight goals, three assists.

England’s best chance in the Champions League this season?

While the Goalkeepers are getting all the plaudits, we should talk about Jan Oblak. He has been regarded as one of the best in the Champions League for the last few seasons, and he certainly kept his team in the game. He made some exceptional saves.

He has conceded the least goals in La Liga in the previous two seasons, he must be mentioned in the same breath as De Gea, surely?

Atletico are better at defending than scoring…

As soon as Atletico scored, they instantly took Torres off to put another body in the midfield to shut up shop. They always look much more comfortable defending.  If it weren’t for Hazard being utterly world class, they may have kept a clean sheet.

Will it ever happen for Diego Simeone?

It is truly remarkable what he has achieved with Atletico. He won a league where it is assumed to be a two horse race (La Liga). He reached at least the quarter finals of the Champions League on four ocassions (1 QF, 1 SF and 2 finals) but it looks as though, they may have had their best chance to win the biggest competition.

With the Europa League now to contend with, and Antoine Griezmann looking increasingly likely to leave, times are looking tough. They sit in third place in the league, six points off a Barca team who really haven’t got into gear yet. Maybe the arrivial of Costa and Vitolo in January will revamp their fortunes!