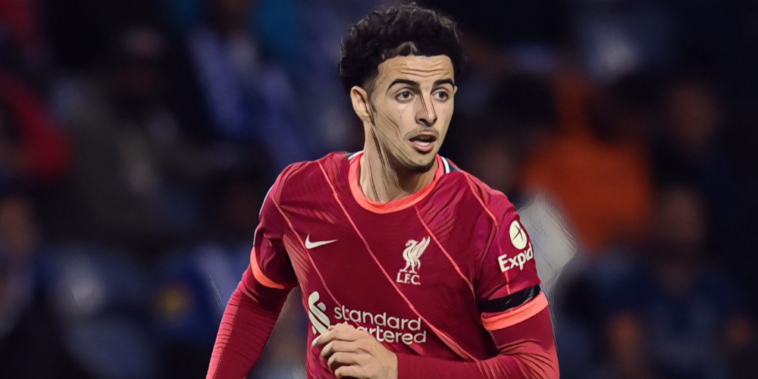 Following the second round of Champions League action, we pick out some of the heroes and villains from the best and worst of the midweek fixtures.

Matchday two proved a mixed bag for the Premier League’s representative sides, the positives including Liverpool producing an impressive performance to thrash Porto and Manchester United snatching a late, late win against Villarreal.

There were disappointments for both Manchester City and Chelsea, however, suffering defeats to Paris Saint-Germain and Juventus respectively to open up the race to secure knockout stage qualification.

There was almost a sense of inevitability as Liverpool racked up the goals in Porto, their previous three visits to the Estádio do Dragão having now seen Jurgen Klopp’s side score 14 goals.

This was a pleasing night for the Reds following the chaos of the weekend draw with Brentford, with the shining light the performance of Curtis Jones in midfield, who followed his goal against the Bees with arguably his best performance in a Liverpool shirt.

Having been on the outside looking in as fellow prospect Harvey Elliott started the season in the side, Jones has been handed an opportunity following a string of midfield injuries and seized his opportunity in Porto.

The 20-year-old was brilliant and involved in all five goals as the Reds ran riot, creating the first with an enterprising run and shot that was parried into the path of Mohamed Salah.

He finished the clash with two genuine assists and a host of doubters silenced, the academy graduate having come in for some unfair criticism as he endures the inconsistencies that often plague young players.

Jones’ performance in Porto was a reminder of his talent however, his ability to drift dangerously and link attacks making him a leading contender to start Sunday’s showdown with Manchester City at Anfield.

The nights when Barcelona conquered Europe with a brand of football that captured the imagination seem an awful long time ago now.

Barcelona are undoubtedly a club in crisis, sitting sixth in La Liga and bottom of their Champions League group following the Catalan’s worst-ever start to a campaign in the competition.

Ronald Koeman’s side were thrashed 3-0 at Benfica on Tuesday evening, with summer signing Eric Garcia having endured a torrid time against the Portuguese side.

Signed on a free transfer from Manchester City as the Spanish side looked for cost-efficient methods of strengthening, it’s been a sorry return to the Camp Nou for the La Masia graduate so far.

The centre-back was beaten far too easily by Darwin Nunez for Benfica’s opening goal and torn to shreds throughout, with Garcia perhaps fortunate to escape the fate of Gerard Pique who was hauled off inside 30 minutes following a calamitous display.

Garcia’s horror-show was compounded with a red card late on after picking up a second booking, the 20-year-old now having as many red cards (2) as he does wins as a Barcelona player.

Whilst Ronaldo’s winner in ‘Fergie Time’ will claim the headlines, the narrative could have been entirely different had it not been for the performance of David de Gea in goal.

The Red Devils were woeful during the opening 45 minutes as their Europa League conquerors scythed through their defence at will, with De Gea making a string of saves as Villarreal were frustrated by the 30-year-old’s heroics.

De Gea made six saves from inside the box alone to keep his side in the contest, his form this season having been exceptional with the Spaniard having already made match-winning saves in wins at Wolves and West Ham.

Diogo Costa will not want to face Liverpool again anytime soon, the Porto goalkeeper enduring a nightmare of an evening as the Portuguese side were dismantled on home soil.

Costa’s performance, in essence, was woeful.

The 22-year-old was at fault for three of the visitor’s goals, first parrying Curtis Jones’ effort into a dangerous area as Mohamed Salah accepted a gift-wrapped invitation to open the scoring.

From there, it went from bad to worse.

Costa bizarrely decided to leave James Milner’s low cross in the build-up to Sadio Mane’s goal, a strange moment of indecision from the goalkeeper who had appeared in a prime position to intercept the ball.

Far from done, however, a kamikaze run out of his goal gifted Roberto Firmino Liverpool’s fourth, the Brazilian granted the simplest of tasks to round the goalkeeper and roll into an empty net.

FC Sheriff’s win at Real Madrid was the upset of matchday two and the Moldovan’s possess an array of names who could quite easily qualify as Champions League heroes.

However, quietly going about their business are another unfancied side, with Club Brugge having so far made a mockery of the tournament’s perceived ‘Group of Death’.

Drawn alongside favourites PSG, Man City and 2019/20 semi-finalists RB Leipzig, few expected the Belgians to provide much opposition to those established names.

Brugge upset the odds after battling to a draw with PSG in matchday one, before coming from behind to beat Leipzig in Germany in their second fixture.

Hans Vanaken – scorer of the goal in their 1-1 draw with PSG – was the architect of the comeback, scoring one and providing another to make it four consecutive Champions League games scored in.

Brugge next face a double-header against Manchester City in a real test of the underdogs’ credentials.

Barcelona have no shortage of contenders for our Villains this week following a horror show at Benfica, with Gerard Pique, Marc-Andre ter Stegen and manager Ronald Koeman hugely fortunate to miss out on selection.

Luuk de Jong’s hopeless performance in front of goal earns him an unwanted inclusion however, the bargain basement signing having so far proven a disastrous addition.

Unsuited to the team’s style and far from the quality required to turn around Barcelona’s fortunes, the club’s fans must be left wondering how on earth it has come to this.

Luuk de Jong failed to hit the target with both of these chances 🤐 pic.twitter.com/ogxKUoRadu

De Jong’s wastefulness – including two glaring misses that seemed easier to score – prevented any hopes of Barcelona salvaging a result and his presence in the side remains a reflection of how the mighty have fallen amid their mismanagement.

Donnarumma has had to be patient in Paris given the presence of Keylor Navas, but it will be difficult to ignore the imposing Italy international for much longer following his performance at the Parc des Princes.

The 22-year-old made seven saves as PSG rode their luck to seal a vital 2-0 victory, with five of those stops coming from inside the box as City piled on the pressure in the French capital.

PSG’s defence struggled to contain the visitors on occasion, but Donnarumma remained an assuring presence behind, holding a fierce effort from Joao Cancelo and denying Riyad Mahrez from a late free-kick.

Afforded an opportunity with Aaron Wan-Bissaka suspended, Diogo Dalot did little to improve his chances of regular first-team football at Manchester United following a dire display at Old Trafford.

The right-back was torn apart by Arnaut Danjuma as Villarreal dominated the opening exchanges, with Dalot unable to control the winger who knew he had the beating of his opposite number.

Dalot was beaten too easily in the build-up to the opening goal as Villarreal took the lead and will be grateful compatriot Cristiano Ronaldo bailed him out following a chastening evening.

Much has been made about the Red Devils’ summer signings improving the squad, but this was further evidence that the club’s back-up brigade are not of the required standard.