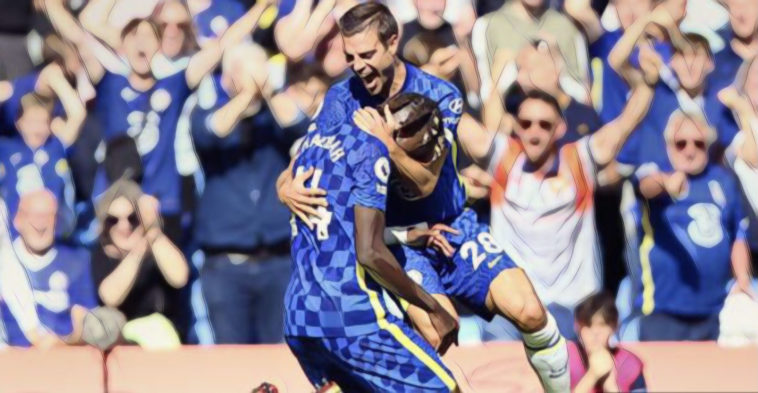 Thomas Tuchel had made five changes from the side that clinched victory in the UEFA Super Cup on Wednesday evening, with both N’Golo Kante and Hakim Ziyech missing out through injury, while he also handed a top-flight bow to versatile defender Chalobah after his impressive display against Villarreal.

Even with those changes and absences, Chelsea expectedly made a strong start to the encounter, before eventually taking the lead on 27 minutes, wing-back Marcos Alonso curling in a delightful free-kick from just outside the box to warrant his selection ahead of Ben Chilwell.

That lead was then extended just before half-time through Christian Pulisic, the USA international netting his fifth goal in just five top-flight games against the Eagles with a close-range finish following good work down the right from Mason Mount.

Ahead at the break, the hosts then made sure of their victory on 58 minutes, debutant Chalobah picking up the ball in midfield before rifling in an outrageous effort from 25 yards to cap a fine week’s work from the academy graduate.

Despite continued dominance from the Blues, that stunning strike was to be the game’s final goal, with new Palace boss Patrick Vieira suffering a demoralising defeat in his first match in charge.

In what was a comfortable home win for Tuchel’s men, the major talking point was the display of young Chalobah, the 22-year-old – who spent last season on-loan at Ligue 1 side Lorient – admitting that it is a ‘dream’ to be playing for his boyhood club.

“It is a dream for a boy like me being here and to play for my home club is unreal,” he told BBC Sport.

“As I was getting closer to the goal I thought I might as well shoot and just went for it.

“I didn’t know the ball went in, I did not know what to do. I was over the moon.

“I have been training with the team in pre-season and the manager said I was playing and I was ready.

”I was surprised by the Super Cup game too and I have taken the opportunity with both hands.”

Chelsea will be looking to build on that victory away at Arsenal next Sunday, while Palace take on Brentford at Selhurst Park on Saturday.