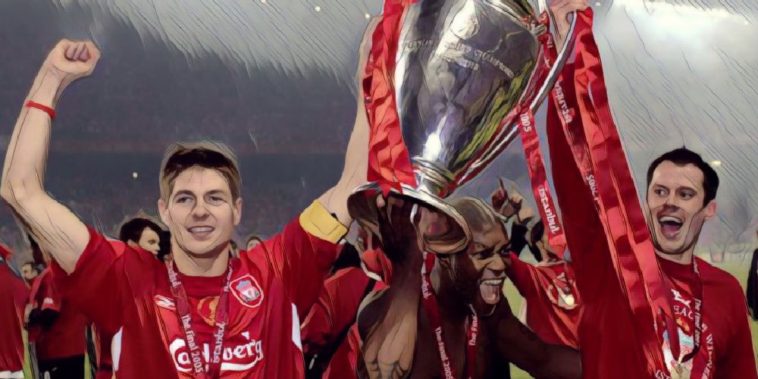 Jamie Carragher has reflected on the ‘miracle’ of Istanbul on the 15th anniversary of Liverpool’s historic Champions League final comeback against AC Milan.

Carragher formed part of the Liverpool side who produced arguably the club’s greatest ever night 15 years ago, Rafael Benitez’s side coming back from a three-goal half-time deficit to be crowned as champions of Europe.

The defender has now reflected on a historic evening that saw the Reds win the Champions League in dramatic circumstances, a shock six-minute second-half comeback providing the platform for Benitez’s side to win the European Cup on penalties at the Ataturk Stadium.

Carragher admits Liverpool’s comeback was a ‘freak’ against what was a ‘special team’ in Carlo Ancelotti’s Milan, conceding the Merseyside club were well aware of their underdog status ahead of the crucial clash.

“We knew before the game that Milan were far better than us,” Carragher told the Liverpool Echo. “That didn’t mean we couldn’t win.

“However, when you’re 3-0 down at half-time to a team that is far better, it makes it difficult to say ‘right, we’re going to do this and this and this to get back into the game’.

“Milan’s performance was unbelievable. For 114 minutes, they gave one of the best performances you are going to see in a Champions League final.

“Half the team were going to win the World Cup the year afterwards. Shevchenko was the best striker in the world at that time, Kaka went on to become the best player in the world alongside Ronaldinho for the next couple of years.

“It was a special team that gave a special performance apart from six minutes. But that’s football and that’s what makes our sport the greatest.

“It was a bit of a freak. It has been called a miracle, and that’s what it was – a miracle.”

Carragher added that the narrative of the story celebrates a much improved Liverpool showing in the second half, but admits his side had the ‘fortune’ following an incredible six-minute spell that saw goals from Steven Gerrard, Vladimir Smicer and Xabi Alonso improbably bring the contest level.

“Let’s not forget, people always think that after half-time we were amazing. But it wasn’t a case of that,” he added.

“We had a six-minute spell where it’s something that perhaps happens once a season for every club, where they score two or three goals in quick succession. Ours just happened to happen in the biggest game of our lives.

15 years on from Istanbul, Steven Gerrard's performance remains one of the very best we've seen from a captain 🙌

Dragging his team towards victory when backs were against the wall…pic.twitter.com/BdG2JVYEKC

“It wasn’t like AC Milan missed loads of chances in the first half, it was more a case of every chance they got they scored from. They probably had more in the second half.

“I was very close to cutting out Kaka’s pass for the third goal. For the second goal it just misses my foot to block it, whereas in the second half I’m making that block.

“I don’t think there was a massive difference, it was just we were a little bit unlucky in the first half and had the fortune in the second half.

“All the things came together in one of the most watched games around the world, and that’s what makes it so special.”

Carragher believes the nature of the defeat will forever haunt the Milan players, revealing that Ancelotti had spoken to the Sky Sports’ pundit about a fateful night for the Italians following his appointment as Everton manager last year.

“The way Milan lost to us in Istanbul will always be remembered by those players,” he says.

“In fact, it was one of the first things Carlo Ancelotti said to me when I went to speak to him when he took over at Everton… ‘You stole the cup from us!’.

“Can you imagine what it would have been like in the English media had an English team lost in that way?

“What makes it so special for us makes it more painful for them.”