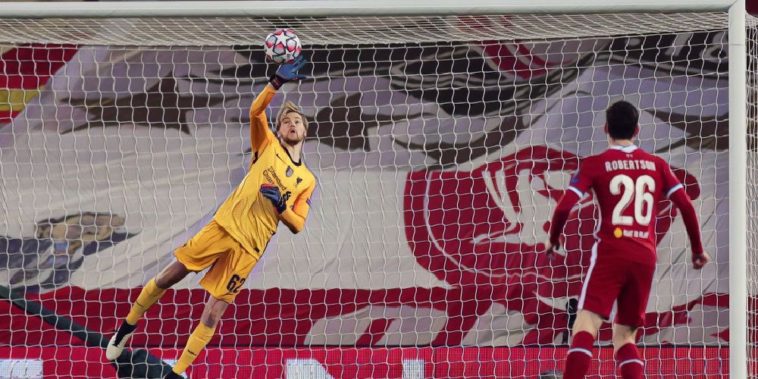 Caoimhin Kelleher reflected on an amazing night as the young goalkeeper was handed a rare and unexpected start in Liverpool’s 1-0 win over Ajax.

Liverpool came into the game with well-publicised injury issues, and Jurgen Klopp was handed another in the build-up with influential ‘keeper Alisson Becker being ruled out with a minor hamstring injury, the Brazilian being replaced by young Irishman Kelleher ahead of regular number two, Adrian.

The Reds had slipped to a shock 2-0 loss in their last Champions League outing against Atalanta, and with all still to play for in Group D, it was an open and generally entertaining game between two attack-minded sides who are equally comfortable in possession of the ball.

Liverpool started brightly, with academy graduate Curtis Jones being denied by both ‘keeper and the post in the opening six minutes, before the visitors began to grow in confidence on the ball, though few clear-cut chances were created for either side in the remainder of the first half.

The second half began in an equally open fashion, with both side’s creating chances in the opening stages, with Kelleher being forced into a save by right-back Noussair Mazraoui, only for David Neres’ follow up to crash wide off the post.

He made a huge late save to keep the score 1-0, and help Liverpool qualify for the last 16.

Jurgen Klopp ran straight over to him at full time 🤗 pic.twitter.com/dG32mkM8Ej

Minutes later though and Liverpool took the lead, goalkeeper Andre Onana woefully misjudging the flight of Neco Williams cross, with Curtis Jones getting his reward for following in at the back post to stroke home unopposed.

It continued to be an entertaining affair, and Champions League debutant Kelleher pulled off a brilliant late save to keep his side ahead from veteran striker Klass Jan Huntelaar.

“It was an amazing one for me, to make my debut in a Champions League game was massive and we got the win and qualified. A great night,” he told BT Sport.

“That’s what I’m there for, I work every day in training to make sure I am ready and I was able to make a good few saves.

“It’s quite easy for me with the players in front of me, they give me good options. We are not here to take part, the young players want to push and play as many games as we can.

“My phone has been hot since I got in tonight, thanks for all the support.”

Next up for Liverpool is a home game against Wolves at Anfield, a game with 2,000 fans set to be in attendance following the loosening of restrictions in parts of England.