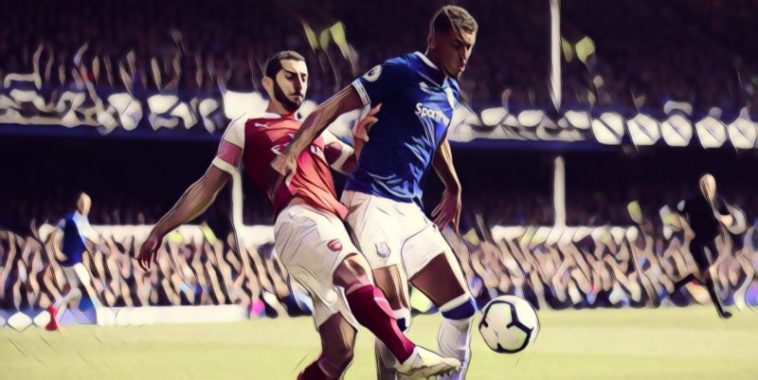 Dominic Calvert-Lewin reckons Everton should have been more clinical in their hugely impressive win over Arsenal.

While Everton walked away from Goodison Park with all three points after a dominant performance over the Gunners, it could quite easily have been so much more, with the Toffees squandering a whole host of chances to extend their lead.

Phil Jagielka’s first-half goal would turn out to be the matchwinner, but not before Gylfi Sigurdsson, Richarlison and Bernard all wasted good chances to get on the scoresheet.

Everton had 23 attempts compared to Arsenal‘s seven, and Dominic Calvert Lewin, who was named Man of the Match following his tireless performance, thought that the Blues should have scored ‘a few more’.

“We had a few good chances and perhaps if we were more clinical it might have been a few more, but it’s the three points that count,” he told Sky Sports.

“We set the tempo and towards the end of the first half felt it a little bit. They had large amounts of the ball but we showed quality when we needed to.”

The result moves Everton to within a point of seventh-placed Leicester City, while Arsenal stay in the top four but just two points ahead of sixth-placed Manchester United.