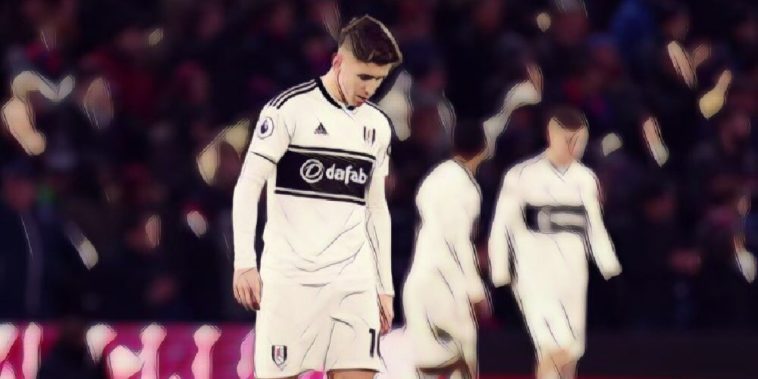 It was a veritable six-pointer when the Cottagers travelled to Selhurst Park on Saturday, but it was the home side who came away with the vital three points in the race to remain in the Premier League.

The Eagles secured the victory with goals from Luka Milivojevic and Jeffrey Schlupp either side of the half-time, running out 2-0 winners.

Palace opened the scoring through Milivojevic’s first-half penalty, which was awarded following a blatant handball from right-back Cyrus Christie, while new signing Michy Batshuayi was involved in the build-up to the second goal, despite only joining up with his new teammates on Friday.

Fulham captain Tom Cairney was left frustrated by the result but still believes the side can climb the massive mountain that faces them with just 13 league fixtures to go.

“A sloppy penalty gave them something to hold on to, that’s frustrating. They were as desperate as us for the points,” Cairney told the BBC.

“We need wins. Quite a few wins. I think it will be less than 40 points to stay up this year. I am confident we can do it, we have got to believe.”

Crystal Palace move up to 14th in the Premier League table following Saturday’s result, while Fulham remain firmly in the bottom three, seven points from safety.