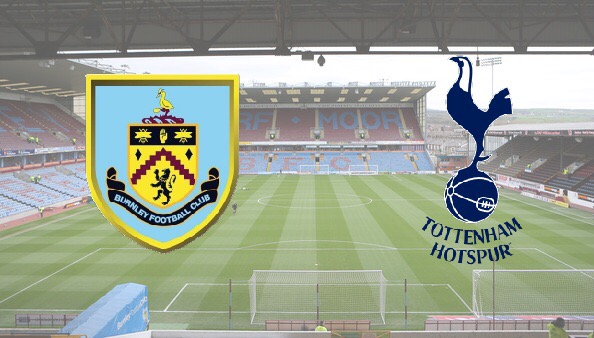 Burnley host Tottenham at Turf Moor on Saturday as the teams return to Premier League action following the international break.

Spurs will be looking to take a huge stride towards the Champions League on Saturday. Three points away at Burnley would really set themselves up nicely to finish in the top four again this season. Burnleys home form however has been well documented this season, proving to be a potential banana skin for Pochettino’s men.

Tottenham go into this clash in very good form, having won last time out against a very strong Southampton side at White Hart Lane without Harry Kane. Spurs have somewhat struggled on the road this season with their home form largely propping up their bid to finish in the top four spots. Spurs have only picked up four victories on the road this season which is very disappointing. They have only managed to be able to draw at the likes of Sunderland and Bournemouth.

In terms of the wider context of this game, Spurs could make a huge statement this Saturday if they can pick up three points. A win would move them 12 points clear of North London rivals Arsenal, and five points clear of City before the two clubs clash on Sunday. Should Liverpool not get the maximum points in the Merseyside derby, Spurs could be as many as six points ahead of the Reds with a game in hand.

The Burnley centre backs will not enjoy playing against Heung Min Son up front for Spurs as he will not occupy one position. He is likely to drift around and the Burnley defenders will do well to keep tabs on the South Korean.

Burnley go into this one on the back of four consecutive away games in the Premier League and they have failed to pick up a win all season away from home. At home however, the clarets have been incredibly consistent, gaining 29 of their 32 points at Turf Moor this season. They have also picked up vital points against the top sides this season, beating Liverpool and holding Chelsea at home.

Michael Keane performed very impressively for the English national side in midweek. Clarets fans will be hoping he can keep the dangerous Spurs attack at bay as much as possible. The Burnley centre backs will not enjoy playing against Heung Min Son up front for Spurs as he will not occupy one position. He is likely to drift around and the Burnley defenders will do well to keep tabs on the South Korean.

At the other end though, Andre Gray is a danger man and is more than capable of netting on the counter attack.

Burnley are still threatened by relegation. With only eight points separating them from the drop zone, Sean Dyches men need a few more points to secure safety. Despite being without a win in seven games, they will surely be hoping to pick up some kind of positive result this Saturday against a Spurs team gunning for the top 4.

Burnley have no fresh injury concerns meaning a fairly full strength side to choose from. As for Spurs, Harry Kane is still out with an ankle injury. Danny Rose is also out due to a knee injury whilst Vincent Janssen is a doubt due to illness

Unsurprisingly, as the team in second place in the league, Tottenham are favourites for this at 7/10. Burnley are 17/4 to bag three points whilst the draw is 13/5. Considering Burnley’s excellently home form, both of these bets are very tempting.

Heung-Min Son is expected to lead the line for Spurs and is 7/2 to be first goalscorer. Dele Alli is 4/1 to score first whilst Andre Gray is a tempting 3/1 bet to score any time.

I expect a very tight game at Turf Moor on Saturday. Both sides know a win can take them ever closer to their respective targets this season. I expect Spurs to create at least one chance against a stubborn Burnley defence. For Burnley I expect them to be difficult to break down, carrying their threat from set plays into the Spurs box.