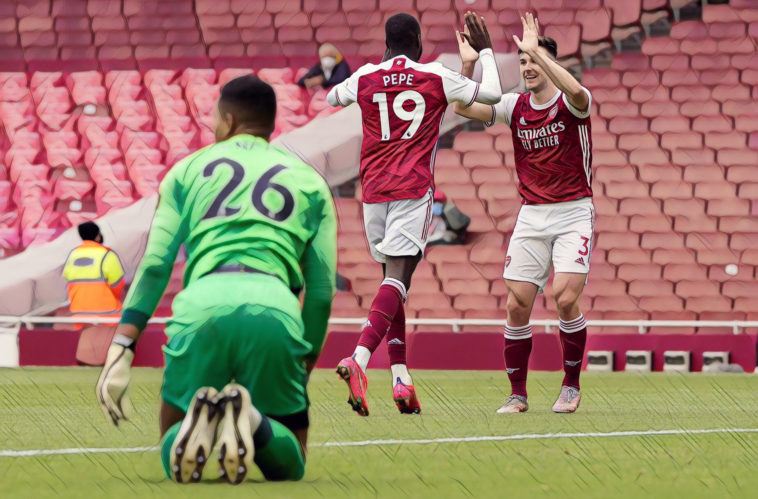 Here’s all you need to know about that meeting at the Amex:

It may still be early days in the new Premier League season, yet the Seagulls are already looking like causing a potential upset this term, having already picked up four wins and a draw from their opening six league games to leave them sixth in the table and just a point off leaders Liverpool.

Graham Potter’s side may even be slightly disappointed not be at the top themselves, having been forced to settle for just a point in their last fixture away at bitter rivals Crystal Palace, with Neal Maupay’s 95th minute dink snatching a draw for the visitors after Wilfried Zaha had earlier netted from the penalty spot.

Now in their fifth successive season in the top-flight, Brighton look to be ready to mount a challenge on the top-half of the table, having flirted with relegation over the last few seasons despite the impressive football played under current boss Potter.

The tale of last term, in particular, was an inability to convert clear-cut chances, although they are already looking more clinical this time around, with Maupay leading the way with four goals already this season, just one behind the likes of Jamie Vardy, Michail Antonio and Mo Salah.

They will, however, be concerned about the mounting injury crisis at the club at present, with as many as five players potentially unavailable for the clash with Gunners, after both Danny Welbeck and substitute Steven Alzate were forced off at Selhurst Park with hamstring and ankle issues, respectively.

Both men are likely to be absent this weekend, as too is influential midfielder Yves Bissouma who suffered a knee injury in the win over Leicester City a few weeks ago, while Enock Mwepu (groin) and Adam Webster (hamstring) are also likely to be unavailable.

What a turnaround it’s been in recent weeks for Arsenal, having recorded four successive wins in their last four games in all competitions, including three in their last three in the league to move them up to tenth in the table.

That league position may well still be below expectation, although their weekend derby win over Tottenham Hotspur saw them move ahead of their rivals, despite having been at polar opposite ends of the table just three games previous.

At the Emirates on Sunday, the Gunners simply tore their north London adversary to pieces, with a first-half blitz seeing them coast to victory, courtesy of goals from Emile Smith Rowe, Pierre-Emerick Aubameyang and Bukayo Saka in what was a blistering showing from the hosts.

They would see Heung-min Son pull one back late on for the visitors, although a stirring comeback never really looked likely, not least after Aaron Ramsdale’s fine fingertip save denied Lucas Moura early in stoppage time.

The Englishman looks to have settled quickly at his new club, despite early question marks over the decision to sign him, while fellow new addition Takehiro Tomiyasu is another who is already earning plaudits for his superb displays at right-back.

As for this weekend, Mikel Arteta has been dealt a blow by the injury picked up by Granit Xhaka in the weekend win, the Swiss international facing an extended stint on the sidelines – potentially up to three months – after sustaining a knee ligament injury.

The two sides last meeting came on the final day of last season, with Arsenal picking up a fifth successive league win to end the campaign with a flourish, albeit while still missing out on European qualification for the first time in 25 years.

After a dominant first-half showing from the hosts, the deserved opener eventually came after the interval through Nicolas Pepe, the Ivorian winger firing in after an excellent pull-back from teammate Calum Chambers.

The former Lille man then all-but secured the win on the hour mark with another impressive finish from just inside the box after cutting in onto his left foot, having been played through beautifully by playmaker Martin Odegaard.

Thomas Partey then almost made it three late on yet saw his fine volleyed effort strike the crossbar, with the hosts strolling to a 2-0 victory to bring a turbulent campaign to a close.

What channel is Brighton v Arsenal on?

UK and Irish readers can watch – or stream – the match on BT Sport.