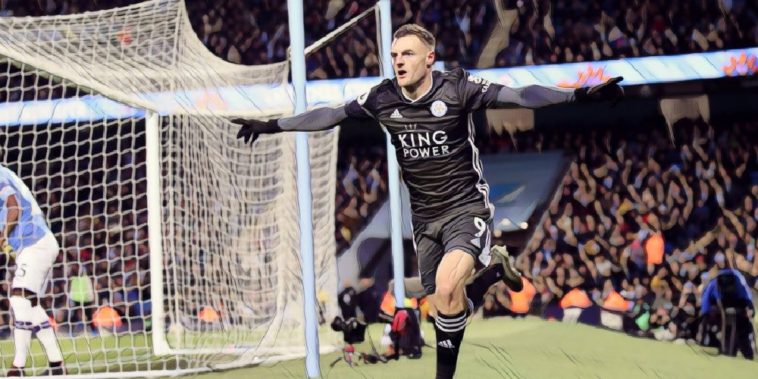 Leicester’s hopes of winning a second Premier League title suffered a major setback, the Foxes slipping to a 3-1 defeat to Man City.

Brendan Rodgers’ side came into the game in second place in the division, 10 points behind leaders Liverpool but four ahead of the reigning Premier League champions.

Leicester would take the lead when Jamie Vardy opened the scoring in the 22nd minute, though his well-taken effort came firmly against the run of play, with Man City having bossed proceedings at the Etihad.

However, the hosts would turn it around in what was a totally dominant performance, former Leicester winger Riyad Mahrez drawing the sides level, before an Ilkay Gundogan penalty and a Gabriel Jesus tap-in sealed the points.

Speaking afterwards, Brendan Rodgers admitted his side have ‘a long way to go’ to in order to bridge the gap to the top sides.

“In the first half we weren’t good at all,” Rodgers told Sky Sports.

“It actually shows how well we’ve done to be where we are. Against that level of opponent it was a good lesson for us. No complaints about the result from me.

“We have to respect the quality of opposition we were against tonight. Technically they’re on another level and Kevin De Bruyne was world class tonight.

“To be ahead of City at this stage of the season shows how well we’ve done. We were better second half and for us it’s about that continual growth as a squad.”

The result keeps Leicester 10 points adrift of Liverpool, with City a point further back, with the European champions not in league action this weekend due to their participation in the Club World Cup final.