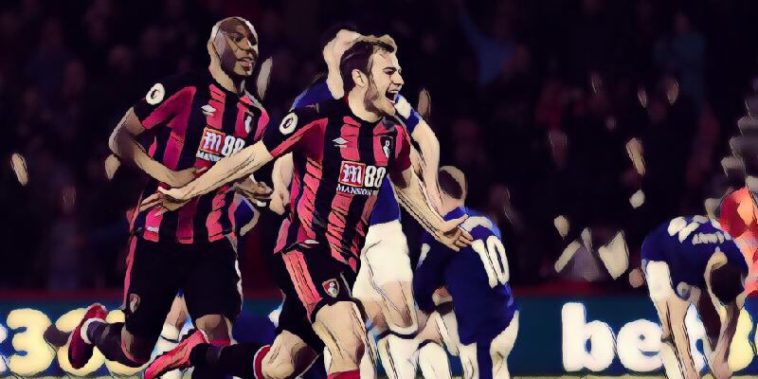 Another uninspiring performance for the blues finally sees them pay for it as Allardyce’s run comes to an end, here are five things we learned.

It was fun while it lasted

No one would have said that Allardyce would have gone unbeaten for the rest of the season. However, the team that ended his run and the manner in which it happened will be disappointing for the Dudley man.

Everton’s first half performance against Bournemouth was nothing short of forgettable. The Blues offered nothing in the attack and a mistake from McCarthy meant they headed into the break a goal down. Although they improved in the second half, the toffees only managed one shot on target and in the end they deservedly lost.

With Allardyce’s next three games being Manchester United, Liverpool (FA Cup) and Tottenham, with the latter two being away from home, Allardyce would have hoped that the blues could have kept the confidence going with at least a point.

It’s fair to say Bournemouth’s season isn’t going as expected as we head into the New Year. Going into this game the Cherries found themselves in the bottom three and were on a horrid run of eight winless games in the league.

It’s easy to forget that last season Bournemouth managed a ninth-place finish in the league and Howe will definitely be hoping a similar position come the end of the season, despite the position Bournemouth started in before the game kicked off.

This game for Howe will now hopefully be seen as a turning point and a perfect way to see out the year. The three points now mean Bournemouth have dragged themselves out of the bottom three and that’s how their fans will want it to be come the end of the season.

Playing three defensive midfielders in the same team from the off meant Everton were always going to struggle offensively against Bournemouth.

One of those defensive midfielders was McCarthy, who finally returned after having a constant battle with his hamstring problem, which has hampered his season. However, it wasn’t particularly a game that he will think fondly of.

In 45, the Irishman minutes made the error that led to Bournemouth’s first goal as well as making no tackles, interceptions or clearances. It is no surprise that in the second half when Rooney, Niasse and Bolasie came on Everton looked a lot more threatening and scored from their only shot on target. If the Blues had started the game like they played in the second half, it may have been a different result.

Although Everton’s record against Bournemouth is fairly solid at Goodison, the same cannot be said about the Vitality.

In their last three league games at the Vitality, Everton have lost two and drew one. That includes their latest 2-1 defeat, last seasons 1-0 defeat and their infamous 3-3 draw which saw Bournemouth equalise in the 98th minute, after Everton took the lead in the 95th minute.

Even the Bournemouth players up their game against the Toffees, just ask Josh King. He has scored three and assisted three against Everton in the Premier League, which is more goal involvements than he has managed against any other side. Maybe there was a reason as to why Allardyce went so defensive.

Allardyce summarised it perfectly when he talked about the amount of goals that every forward player at Everton has scored – it simply isn’t good enough for where Everton want to be.

If you exclude the three penalties that Rooney has scored this season he only has seven goals, Niasse only has five goals, Calvert Lewin and Sigurdsson have just three while Sandro has none.

Everton need a proven goal scorer who will be more clinical in front of goal and can also hold the ball up better when upfront on their own. Tosun is six foot exactly and has currently scored 13 goals for Besiktas this season, four of them being in the Champions League. Allardyce will now be hoping he is the man to fill that void.