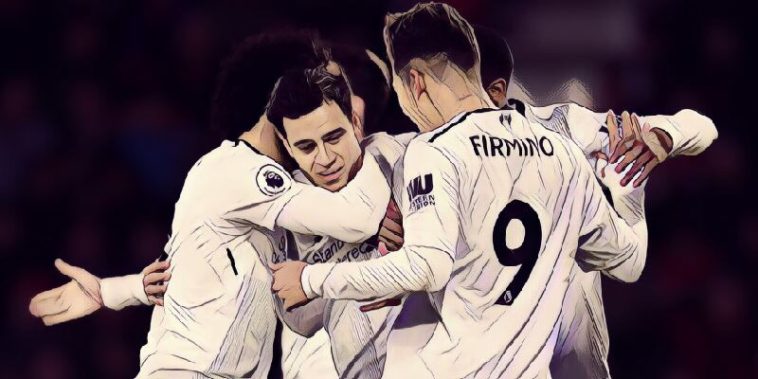 Last time these two met at the Vitality Stadium Bournemouth mounted a dramatic 4-3 comeback victory. It was a different story this time around, here’s five things we learned.

Will they ever learn?

At first glance this match seemed a comfortable day at the office for Liverpool. However, much like this fixture last season it was an end-to-end game for much of the match. Unlike last season though it didn’t come back to bite Liverpool.

Liverpool consistently allowed Bournemouth to penetrate their backline and were lucky not to concede. Jermain Defoe had Bournemouth’s best chance and should have made it 2-1. The injury to Josh King didn’t help Bournemouth but they could’ve made more of a mark on this game.

Despite that, Liverpool’s offensive display was very good and it would’ve been difficult for Bournemouth to match that. However, Jürgen Klopp needs to be careful. At times he made this Liverpool team far too offensive and they were saved by some good individual performances.

Liverpool showed once again that they don’t need a prolific striker to get in the goals. Philippe Coutinho, Roberto Firmino and Mohamed Salah worked well together and each managed to get on the scoresheet.

Not only that, Liverpool were consistently good in other areas of the pitch. Those in the goals will get the headlines but every player put in a solid shift. For once, the midfield duo of Henderson and Wijnaldum imposed themselves on the game rather than letting it pass them by.

If the Liverpool team can continue to put in good performances individually then they’ll improve their chances of securing a top four spot.

Things don’t look great for Bournemouth at the moment. They sit just one point above the relegation zone in 16th place. However, they showed enough in this performance to have hope that they can move away from the drop zone.

Bournemouth on the whole played some good football but were let down by individual mistakes. Luckily, that’s something that can be changed fairly quickly. They showed some good quality going forwards and will probably have better luck against teams lower in the league.

Defensively they were sub-par but they were exposed to Liverpool’s attack far too much. This game exemplified the problems that Bournemouth have in midfield. Whilst, they were technically good on the ball they struggled significantly to control the game.

Some teams near the bottom of the table need to make fundamental changes to their squad such as Newcastle and Swansea. Therefore, that should give the Cherries hope that with one or two quality additions, especially in midfield, they can move themselves clear of relegation.

A Walk in the Park

Thanks to Bournemouth’s inability to take control of the game Liverpool were able to capitalise. Liverpool’s football was nowhere near their best but they got the job done.

For the entire match Liverpool were allowed to get on the ball and play a lot of short simple passing around the Bournemouth defence. It only took one Liverpool player to take one risk and they were easily in on goal.

For example, for the first goal Coutinho was allowed to drive straight at goal. Four Bournemouth players decided to track Firmino and Robertson’s runs meanwhile another two Bournemouth players stood off Coutinho. It’s simple things like this that gifted Liverpool the win.

Liverpool won’t have taken much away from this game. They were allowed to play their natural game and rarely had troubles attacking. What was important for Liverpool in this match was to keep the clean sheet. However, Klopp’s tactics for much of the game didn’t help much in that regard.

Alex Oxlade-Chamberlain has had a slow start to life at Liverpool. He has had few chances to impress and will be looking to make more of a mark in the remainder of the season.

However, despite the exploits of Liverpool’s front three he was given the man of the match award against Bournemouth. Up until this point Oxlade-Chamberlain had shown flashes of his quality in a Liverpool shirt. This match he was able to put in a more rounded performance and looked more settled in the team.

This match should act as the start for Oxlade-Chamberlain. He needs to put in a performance in the style of this every game whilst continually improving.