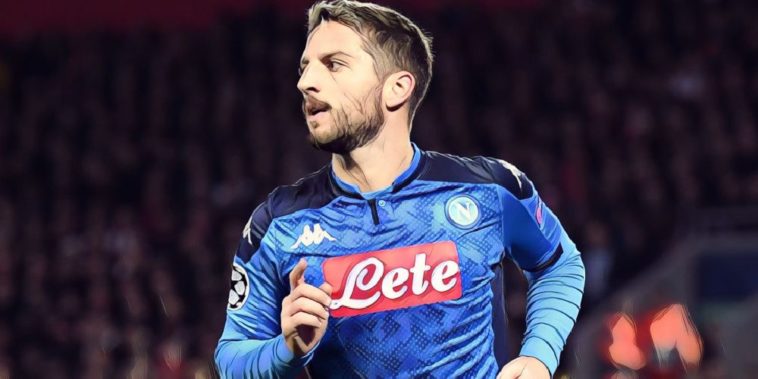 Chelsea’s summer transfer plans have been dealt a blow following the news that Dries Mertens has agreed a new three-year contract at Napoli.

Mertens was reported to be amongst Frank Lampard’s chief targets this summer as the Chelsea boss seeks to bolster his attacking options at Stamford Bridge, the west London side having been interested in signing the Belgian international on a free transfer at the end of the season.

Chelsea were believed to have seen an initial approach for the player rejected during the January transfer window, whilst Inter Milan were also interested in securing a deal for the 33-year-old.

According to Fabrizio Romano writing in the Guardian, however, the hopes of both sides are now over after Mertens agreed a contract extension to remain at the San Paolo Stadium, the forward set to sign a new three-year contract worth a reported £140,000-a-week.

Mertens has established himself as one of the best forwards in Italian football in recent seasons with Napoli, scoring 121 goals in 309 appearances to level with Marek Hamsik as the club’s all-time record goalscorer.

The former PSV Eindhoven player now looks set to have the opportunity to surpass his former teammate, after deciding against a move away and committing his future to Gennaro Gattuso’s side.

Serie A currently remains suspended following the banning of sport in Italy amid the coronavirus pandemic, though talks are continuing over a potential return to action behind-closed-doors next month.