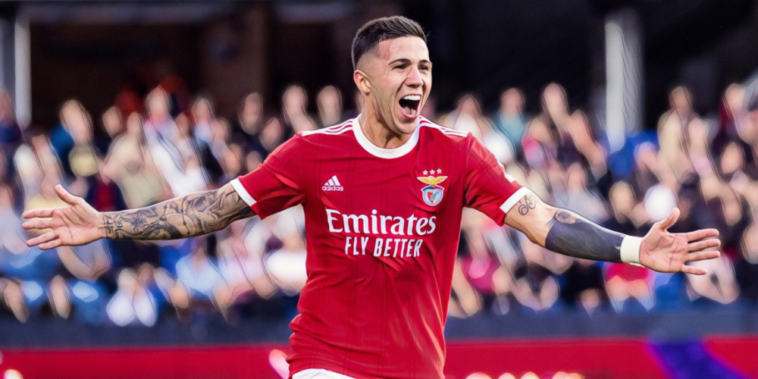 Benfica are unwilling to allow Enzo Fernandez to leave this month unless Chelsea meet the midfielder’s release clause in full.

Chelsea have been in talks with the Portuguese side over a deal for the World Cup winner, but have so far been frustrated by Benfica’s firm stance that Fernandez’s clause – a figure of around €120m (£105.5m) – is met.

The 21-year-old has informed Benfica of his desire to leave for the Premier League this month and Fernandez’s stance has encouraged Chelsea during their negotiations.

According to the Times, the west Londoners are looking for a reduction on Fernandez’s release clause and for a structured deal that would see the fee paid over several instalments.

However, Benfica are understood to have been ‘unhappy’ with Chelsea’s proposals, with the latest offer less than an informal bid made last month.

Fabrizio Romano has reported that the latest talks ‘collapsed’, after Chelsea’s final official bid of €85m was turned down by Benfica president Rui Costa. That offer was significantly less than the verbal discussion over a €120m figure for Fernandez.

Benfica have been unsuccessful in their attempts to persuade Fernandez to remain at the club until the summer, with the midfielder – who was named as the Best Young Player at the World Cup in Qatar – determined to move to Stamford Bridge this winter.