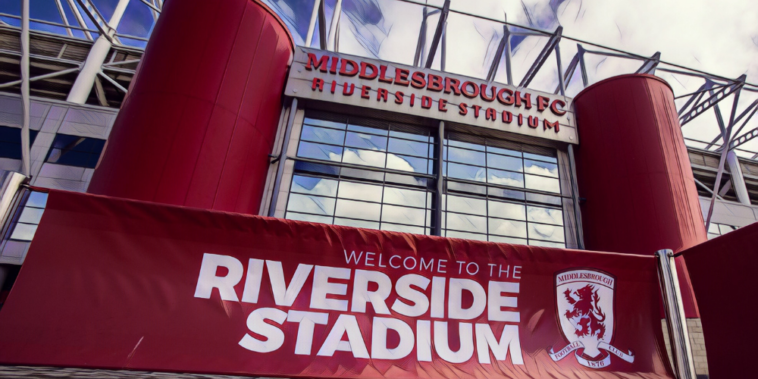 Middlesbrough have called Chelsea’s request to have the FA Cup quarter-final between the sides staged behind closed doors as ‘bizarre and without merit’.

Chelsea have submitted a request for the clash to be played without supporters after the club’s ticket sales were banned last Thursday, following the government sanctions placed on owner Roman Abramovich over his alleged links to Russian president Vladimir Putin.

Operating under a special licence at presence, Chelsea are unable to make new sales for tickets with only existing ticket holders allowed to attend games. The Blues had sold between 500 and 600 tickets for the FA Cup clash at Middlesbrough, from an allocation of 4,600, before the sanctions were imposed.

The Premier League side have since submitted an application for the game to be played behind closed doors ‘for matters of sporting integrity’.

“It is important for the competition that the match against Middlesbrough goes ahead, however it is with extreme reluctance that we are asking the FA board to direct that the game be played behind closed doors for matters of sporting integrity,” Chelsea said in a statement.

“Chelsea FC recognises that such an outcome would have a huge impact on Middlesbrough and its supporters, as well as our own fans who have already bought the limited number of tickets that were sold before the licence was imposed, but we believe this is the fairest way of proceeding in the current circumstances.”

Middlesbrough have now issued a response and have vowed to resist Chelsea’s request to the FA, insisting the west London side’s off-field issues are ‘nothing to do with Middlesbrough Football Club’ while questioning why the Championship side’s fans should be penalised.

“We are aware of Chelsea’s request to have Saturday’s Emirates FA Cup sixth round tie played behind closed doors and find their suggestion both bizarre and without any merit whatsoever,” a statement reads in the Middlesbrough website.

“All concerned are well aware of the reasons Chelsea have been sanctioned and that this has nothing to do with Middlesbrough Football Club.

“To suggest as result that MFC and our fans should be penalised is not only grossly unfair but without any foundation.

“Given the reasons for these sanctions, for Chelsea to seek to invoke sporting “integrity” as reason for the game being played behind closed doors is ironic in the extreme.

“We currently await formal notification from the FA of the next steps but rest assured MFC will resist Chelsea’s actions in the strongest terms.”

A statement from an FA Spokesman said that their request will be discussed on Wednesday.

“We are aware of Chelsea FC’s request to play their Emirates FA Cup Quarter Final tie against Middlesbrough FC behind closed doors. The matter will be discussed at the Professional Game Board meeting tomorrow.”

Read Also – Tuchel: ‘No excuses’ for Chelsea in pursuit of trophies despite off-field issues