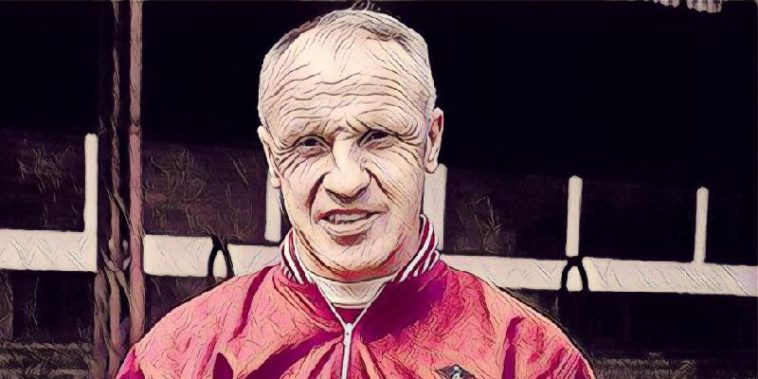 Bill Shankly is the man who made Liverpool the club they are today, well, he made them the club they were in the 60’s and 70’s anyway.

He took over the club in 1959 when they were in the old 2nd Division and by the time he left 15 years later they had won the 2nd Division, won the 1st Division 3 times, the FA Cup twice and the UEFA Cup.

‘Shanks’ has been described as ‘the ultimate obsessive’ with regard to football and it was that dedication to the sport which made him so successful and which provided us with some of the greatest quotes about the game ever. Make some notes, you’ll want to use some of these yourself.

“Some people believe football is a matter of life and death, I am very disappointed with that attitude. I can assure you it is much, much more important than that.” – We’d certainly agree

“I want to build a team that’s invincible, so that they have to send a team from bloody Mars to beat us.” – He certainly built one of the best

“If you’re not sure what to do with the ball, just pop it in the net and we’ll discuss your options afterwards.” – Seems fair enough

“For a player to be good enough to play for Liverpool, he must be prepared to run through a brick wall for me then come out fighting on the other side.” – Standards

“Pressure is working down the pit. Pressure is having no work at all. Pressure is trying to escape relegation on 50 shillings a week. Pressure is not the European Cup or the Championship or the Cup Final. That’s the reward.”

“A lot of football success is in the mind. You must believe you are the best and then make sure that you are. In my time at Anfield we always said we had the best two teams on Merseyside, Liverpool and Liverpool reserves.” – Everton who?

“If a player is not interfering with play or seeking to gain an advantage, then he should be.”

“If Everton were playing at the bottom of the garden, I’d pull the curtains.” – He really wasn’t into Everton

“A football team is like a piano. You need eight men to carry it and three who can play the damn thing.”

“The trouble with referees is that they know the rules, but they don’t know the game.” – Probably still true

“If you can’t make decisions in life, you’re a bloody menace. You’d be better becoming an MP!”

“I was only in the game for the love of football – and I wanted to bring back happiness to the people of Liverpool.”

“At a football club, there’s a holy trinity: the players, the manager and the supporters. Directors don’t come into it. They are only there to sign the cheques.” – Not sure some of the Premier Leagues current owners would agree these days.

“Football is a simple game based on the giving and taking of passes, of controlling the ball and of making yourself available to receive a pass. It is terribly simple.”

“Although I’m a Scot, I’d be proud to be called a Scouser.”