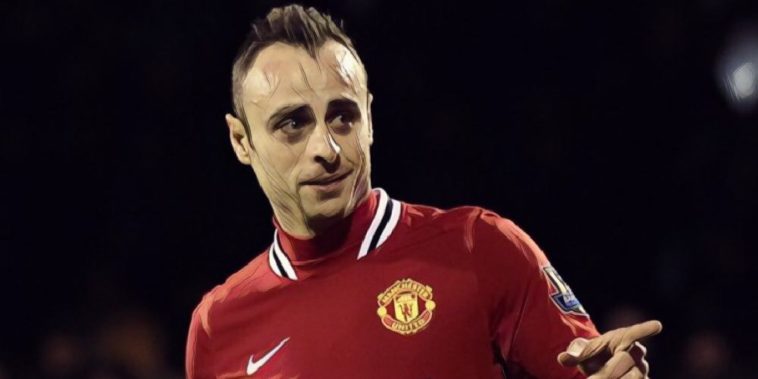 Dimitar Berbatov has revealed he is considering a coaching career and has opened up on the lessons he learned from Sir Alex Ferguson at Manchester United.

The former Manchester United and Tottenham forward has been completing his coaching badges since announcing his retirement from football in 2018, and has opened up on his ambitions to move into management, and preferably in England.

Berbatov enjoyed a hugely successful playing career on English shores, winning two league titles and the Premier League‘s Golden Boot during a four-year spell at Old Trafford, however, the Bulgarian is firmly aware of the difficulties and differences of management at the top level.

“It’s in my head, but probably it’s in the head of every ex-football player, because we all think that we can be good managers, which is not true, of course. But I have my thoughts and my ideas in my head,” the former United number 9 told MUTV.

Berbatov was known for his technical ability and class during a memorable period in English football, though he was often viewed as ‘lazy’ due to his languid style and perceived lack of work-rate.

🗣"Honestly you don't need convincing back then it's Manchester United, I was telling my manager is this real?"

Asked how he would manage a player similar to himself the 39-year-old admits he would find it difficult, but believes he has learned plenty from Ferguson when it comes to getting the best from different types of players.

“Well, it’s not going to be easy!” he admitted. “But as we grow old, everybody is developing and learning things! Wes [Brown] can say better than me, that when you’ve been in charge under Sir Alex, you saw how he can communicate with everybody differently, so for me this is the most important thing: to know how to speak with each and every player individually, because everybody is different.”

Ferguson is regarded by many as the greatest manager of all-time after winning 13 Premier League titles amongst a whole host of major honours, and Berbatov believes he has picked up plenty of trade secrets from the Scot.

The Bulgarian has opened up on his former manager’s abilities to keep his squad motivated, including his understanding of different personalities within the Old Trafford dressing room.

Asked if he had picked things up from Ferguson, Berbatov added: “Yeah! And if you know your players, you know how to speak with them, because everybody’s motivated by different things.

“Somebody needs to be calm here… give them a couple of motivating words. Others react maybe to a slap in the head, for example. Different kind of things, so you know how to keep the spirits high.

“Even if the guy is not playing, he can still feel part of the team, because when he goes on the pitch after that you want him to play well, not to be like, ‘What the f***, I’m not playing, I don’t want to be a sub’.

“That was one of the reasons Sir Alex was so good. Because he can explain to you, ‘Well, son, you’re not going to play next time’. But he was explaining to you that you can understand. You know that you’re not going to play but you accept it, in a way that he’s manipulating you, in a way, and you’re going home with a smile on your face, and you’re not like: ‘Why am I not playing?’ That was very interesting for me, and I would like to get into the psychology of this kind with the players.”