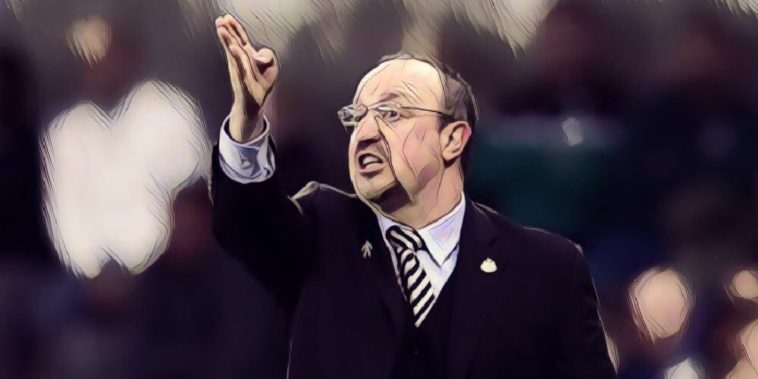 Rafael Benitez insisted his Newcastle United side need to defend crosses better after conceding a dramatic equaliser against Wolves.

The Magpies were denied a precious three points in the fight for survival, instead having to settle for a point at Molineux on Monday night.

Willy Boly headed home in the fifth minute of injury time to cancel out Isaac Hayden’s goal earlier on in the second-half, although Newcastle players were crying foul over the centre-back using him arms as leverage over goalkeeper Martin Dubravka.

Benitez refused to blame the referee for the goal, instead choosing to criticise his players for not defending Adama Traore’s cross better.

Are you trying to tell me Willy Boly’s arms aren’t interfering with Dubravka trying to take the ball?

”These kind of balls you can do a little bit better, punch the ball. That’s it,’’ Benitez told Sky Sports.

“It was not very clear watching the replay. It is something we have to defend better. We know it is England and people will come to the keeper.

“I was not happy with some decisions from the referee, but overall he was fine.”

Wolves remain seventh in the Premier League table on 39 points, while Newcastle could only move one point clear of the relegation zone.