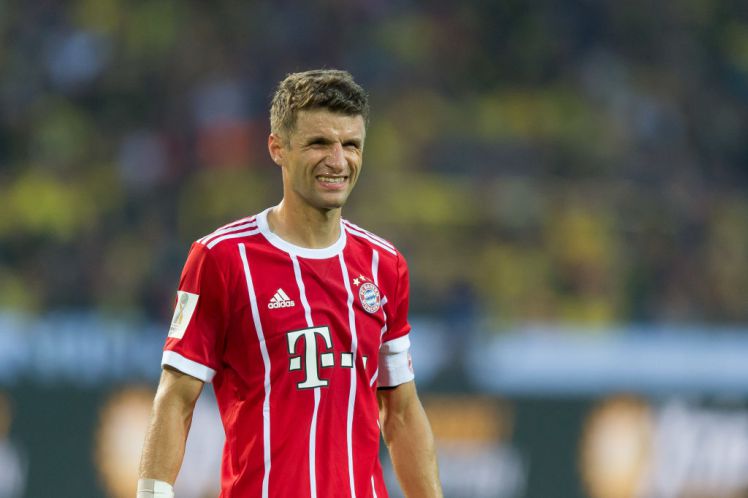 Bayern Munich star Thomas Muller has refused to rule out a move to Manchester United at some point in his career.

Speaking to German sports magazine Kicker, the 27-year-old spoke openly about the links which linked him to a move to Old Trafford back in 2015.

“There was a stage when the subject arose two years ago when I considered it, but then the club immediately backed me and I was told I belong here.

“I didn’t have to think about it a great deal after Bayern said we are counting on you and that you are an important man for us.”

However, he has admitted that he may not necessarily stay with the Bavarian club for the rest of his career, and even used Bayern club legend Bastian Schweinsteiger as an example.

“Schweinsteiger was here for over 10 years and now he’s been gone for over two years and another player is here instead.

“It will be exactly the same with me. If I drop dead tomorrow, there will be a funeral, yet on Friday, 11 players will still be out on the pitch. That’s life.

“At the moment, I don’t think it’s going to happen because I am very happy here. However, I’m not saying that somewhere different in the world definitely wouldn’t be my thing either.

“If life takes you somewhere else then I would make myself at home there as well. I would follow the same principle as here, enjoying as many good things as possible every day.”

Schweinsteiger left the Bundesliga champions back in 2015 to join Louis van Gaal’s Manchester United, making 35 appearances for the Red Devils before being offloaded by Van Gaal’s successor, Jose Mourinho.