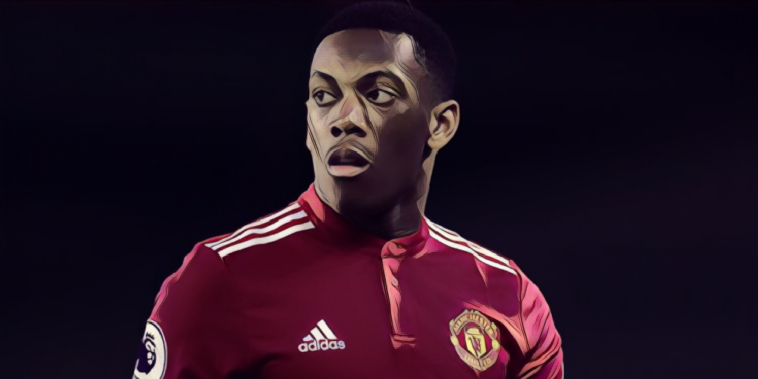 Manchester United winger Anthony Martial could be set to stay at Old Trafford after Bayern Munich ruled themselves out of the running for his signature.

Martial is thought to want to leave Manchester United this summer after falling down the pecking order under Jose Mourinho following the arrival of Alexis Sanchez back in January.

Martial made 30 appearances in the Premier League for United last season, with 18 of those being starts. However, the vast majority of those starts (13) came in the first half of the season, starting just five games following Sanchez’s arrival from Arsenal.

He has reportedly told United that he wants to leave, with Chelsea, Spurs, Bayern, PSG and Juventus all having being linked in recent months.

The Red Devils are thought to be reluctant to sell to a Premier League rival, but considering that PSG have recently spent £365 million on Neymar and Mbappe, and Juventus have just splashed the cash to sign Ronaldo, potential destinations for the winger seem restricted.

There have been suggestions that United could offer Martial to Bayern Munich as part of a deal to sign Robert Lewandowski, but that particular deal seems a non-starter with Bayern chief Karl Heinz Rummenigge announcing that they aren’t interested in signing the 22-year-old:

“And Alphonso Davies will also join in January. You must not overdo it, like some clubs do, or you create a problem for the coach.”

The Frenchman has also been in the headlines for leaving Manchester United’s pre-season training camp in the USA to attend the birth of his second child. While Jose Mourinho was unaware of the wingers whereabouts, Martial has recently announced he is set to return to training, and could even feature against Bayern Munich in United’s final warm up game on Sunday.