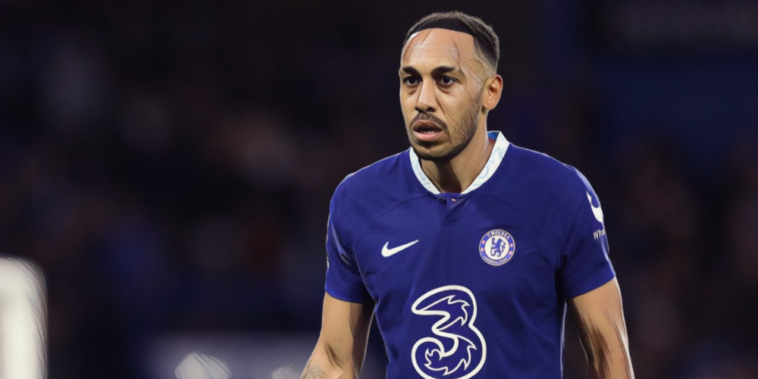 Barcelona are reportedly assessing the possibility of re-signing Pierre-Emerick Aubameyang this month and are seeking legal clarity over a potential deal.

Aubameyang has been linked with an exit from Chelsea after falling out of favour under Graham Potter, with the forward having failed to start a fixture for the west Londoners since November.

The 33-year-old has struggled to make an impact this season and was substituted after coming off the bench against Manchester City earlier this month. His situation has led to interest from rival sides and Barcelona are interested in a deal to bring Aubameyang back to the club.

Barcelona sold the Gabon international to Chelsea last summer and FIFA rules dictate that Aubameyang can not play for another club, outside of Chelsea and Barcelona, this season.

However, the Telegraph are reporting that the Spanish side are fearful they cannot re-sign the forward, following a similar situation involving Dani Ceballos in 2018.

Real Betis were blocked from re-signing the midfielder six months after his departure to Real Madrid, with the licensing system of the Spanish FA (RFEF) ruling that players who had their licence cancelled cannot obtain a new one of the same club in the same season.

Barcelona are now investigating whether this rule would apply to Aubameyang, who is understood to be open to a return to the Camp Nou.

The Spaniards would require the deal to be a free transfer and Aubameyang’s arrival could depend on whether Memphis Depay, who has been linked with Atletico Madrid and Inter Milan, departs the club this month.