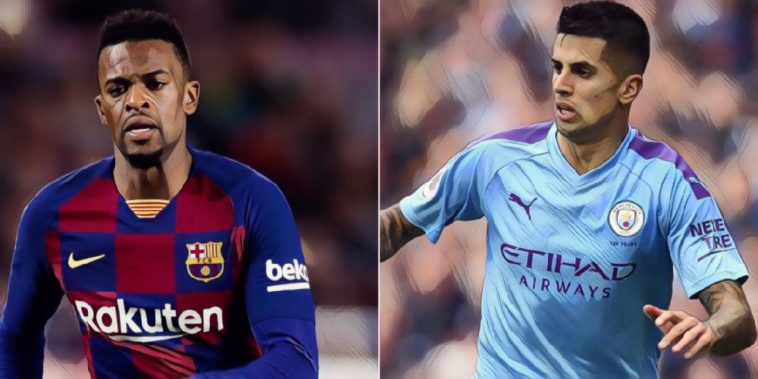 Barcelona are interested in a deal to sign Manchester City full-back João Cancelo and could offer Nelson Semedo in part-exchange as Europe’s top clubs consider their financial options ahead of the summer transfer window.

The suspension of football and subsequent revenue loss amid the coronavirus crisis has led to many of the continent’s leading sides exploring their options ahead of the summer, with swap deals potentially becoming more prevalent in a bid to cut costs.

There is expected to be a fall in spending this summer and Barcelona are one club eyeing a cost-effective way of improving their options, the Spanish giants having registered an interest in Portuguese international Cancelo.

The 25-year-old only signed for the Premier League champions from Juventus last summer in a deal worth a reported £60m, though the fee was offset somewhat by Danilo’s move in the opposite direction for a little over half of that figure.

Cancelo has struggled to make much of an impression during his time at Man City, however, and has started just eight league fixtures for Pep Guardiola’s side so far this season with Barcelona now ready to make an approach.

According to The Telegraph, the Catalan side are keen on a deal to take Cancelo back to Spain, the right-back having previously spent four seasons with divisional rivals Valencia.

Quique Setién’s side will offer fellow full-back and compatriot Semedo in exchange, with reports in Spain suggesting the defender has been told to sign a new contract or leave the club this summer, the 26-year-old currently contracted at the Camp Nou until 2022.

Semedo signed for the club from Benfica in 2017 and has since made 111 appearances in all competitions, winning back-to-back La Liga titles over the past two seasons.