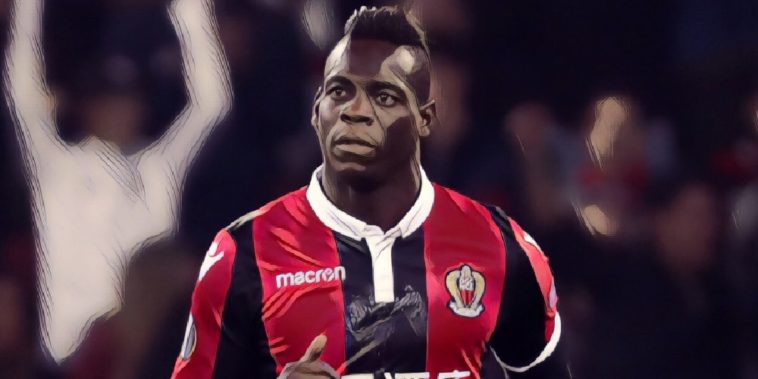 He is one of the biggest characters that the Premier League has ever seen, but Mario Balotelli’s agent has admitted that the striker could be about to return.

He started his career under Jose Mourinho at Inter Milan, before moving to Manchester City in 2010. He returned to Italy for a short spell with AC Milan, before heading back to the Premier League the following year for what turned out to be a disappointing spell at Liverpool.

He returned to AC Milan on a season long loan before moving to Ligue 1 club Nice, where he has since spent the last one-and-a-half seasons.

He recently suffered racial abuse during a Ligue 1 game, prompting speculation of a return to Serie A in a bid to gain a recall to the Italian National team. However, according to his agent, he could yet make a return to the Premier League.

“Mario is ready to return, he has matured into one of the top 10 strikers in the world,” according to Mino Raiola.

“I’m negotiating with many clubs in England and in Italy. I’ve spoken with Juventus, Roma, Napoli and Inter.”

The 27-year-old has scored 20 goals for Nice this season.

Check out 10 of Balotelli’s best quotes