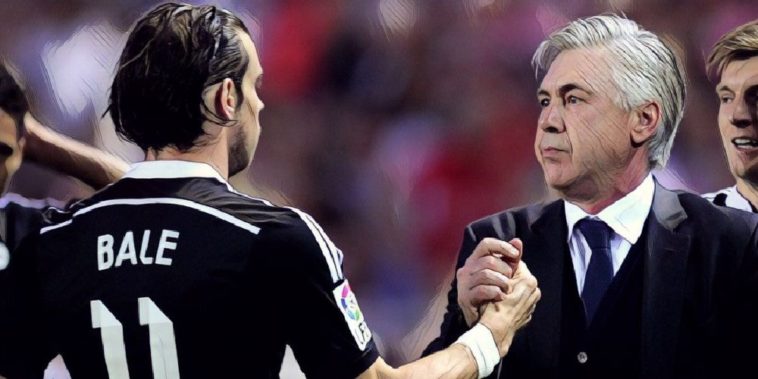 Gareth Bale has remained tight-lipped about his future following the return of Carlo Ancelotti to parent club Real Madrid, amid speculation he could be set to call it quits after this summer’s European Championship’s.

The Welshman spent the whole of the most recent campaign on-loan at Tottenham Hotspur, rejoining the club after having initially made the move from Spurs to Madrid back in 2013.

After enduring a sporadic role under Jose Mourinho in the first-half of the season, the 31-year-old came alive in the latter months of the campaign, ending with 16 goals for the club in all competitions, including a respectable 11 Premier League goals.

Following that victory – which also spelled the end of the forward’s loan spell back in England – Bale admitted that he has a plan for what comes next, although wouldn’t share what it is.

“I know what I’m doing, but it’ll just cause chaos if I say anything,” he said.

The former Southampton man – who has just a year left on his existing deal with Los Blancos – has been the subject of speculation that he is planning to retire from football altogether, following his involvement with Wales this month.

Having endured a fractious relationship with former Real Madrid boss Zinedine Zidane, it has been suggested thatthe return of Carlo Ancelotti to the Spanish capital could have altered the player’s fortunes at the Bernabeu, the two men having won the Champions League together back in 2013/14.

Asked if the Italian’s second stint at Madrid will affect his thinking, Bale admitted that while he’s a ‘great manager’, his focus is solely on performing well this summer.

“No, I am not thinking about anything until after the Euros,” Bale said on Friday while on international duty.

“I know Carlo Ancelotti, he’s a great manager and I get on with him really well. We had some great times in the past. But I haven’t spoken to anyone.

“I’m not thinking about my future.

“As soon as the Euros finishes I’m sure I will have a conversation and then I will go from there.

“I am not thinking about anything until after the Euros.”