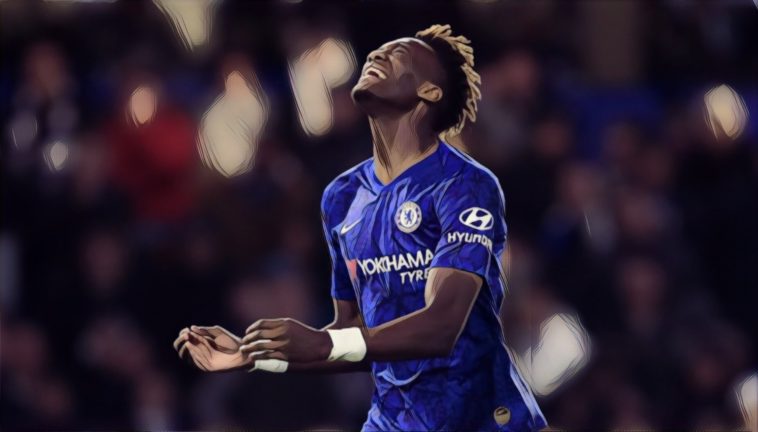 Serie A side Atalanta are set to schedule talks with Chelsea over a move for Tammy Abraham, the striker also interesting a number of Premier League sides.

The 23-year-old appears set to leave Stamford Bridge having fallen out of favour under new boss Thomas Tuchel in the second-half of last season, albeit while still managing to finish as the club’s joint-top scorer with 12 goals in all competitions.

The England international had initially broken into the Blues first-team under Frank Lampard back in 2019, having previously enjoyed successful loan stints at Bristol City and Aston Villa, going on to net an impressive 15 Premier League goals in his first full campaign with the west London club.

However, injury and the change in manager at the club has seemingly spelt the end for his Chelsea career, the one-time Swansea City man having initially joined the club’s youth set-up 17 years ago.

As per Italian journalist Fabrizio Romano, Abraham is reportedly interesting Serie A side Atalanta, with the club set to schedule talks with the Blues in the coming days.

Atalanta board have a meeting scheduled in London with Chelsea in the next 48 hours to ask for Tammy Abraham as main target. Price tag around €40m. Arsenal and West Ham interested too 🔵 #CFC

Atalanta gonna bid for Tammy if Inter will ask for Duván Zapata as Lukaku replacement.

The forward – who is likely to cost in the region of €40m – is said to be the club’s main target should current star Duvan Zapata depart this summer.

The Colombian striker is said to be at the centre of interest from Inter Milan, the club looking for replacements for prolific marksman Romelu Lukaku, who is ironically set to be the man to speed up Abraham’s exit from Chelsea.

Should the Belgian striker return to his former club – as is expected – and Inter move for Zapata, then Gian Piero Gasperini’s side will turn to Abraham as a replacement.

The Englishman has also been on the radar of a number of Premier League sides, with both Arsenal and West Ham United said to be interested, the latter side still without a recognised centre-forward option.

Aston Villa had also been keen to bring him back to Villa Park, yet they have since opted to sign Danny Ings from Southampton, with the Saints keen to secure Abraham as his replacement.

That being said, Ralph Hasenhuttl’s side have reportedly made enquiries over a potential loan deal, but Chelsea are likely to only be interested in a permanent departure.