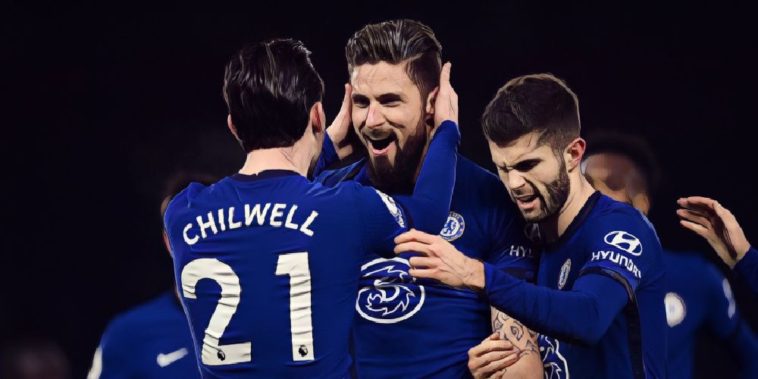 Aston Villa host Chelsea on the final day, the Blues looking to secure their place in next season’s Champions League with a win.

Here’s all you need to know about that meeting at Villa Park:

It may not have quite been the end to the season that Dean Smith’s side was looking for – the club guaranteed to finish 11th after dropping out of European contention in recent months – yet it still represents a vast improvement on last season’s narrow survival escape.

Last year’s final day saw a late Jack Grealish goal prove enough to see Villa remain in the division, as they secured a hard-fought point against West Ham to condemn the likes of Watford and Bournemouth to relegation.

After a superb start to the current campaign, following the arrival of the likes of Emi Martinez, Ollie Watkins and Matty Cash, a lengthy injury absence for talismanic skipper Grealish appeared to somewhat curtail Villa’s progress, the England international only just returning to action after having been on the sidelines since early February.

The 25-year-old made his first start in over three months in the win over Tottenham Hotspur on Wednesday, Villa recovering from an early Steven Bergwijn strike to eventually run out deserved 2-1 winners, courtesy of a horror own-goal from Sergio Reguilon and a well-taken effort from top scorer Watkins.

That latest scalp is a marker of just how far the midlands side have come this season, Smith’s men now looking an incredibly organised defensive unit led superbly by Tyrone Mings, as well as posing a real threat in attack.

As for this weekend’s clash, the Villans will be without full-back Cash after he sustained a season-ending hamstring injury in the goalless draw with Everton last week.

Following the disappointment of their FA Cup final defeat at the hands of Leicester City at the weekend, the Blues bounced back in fine fashion to exact revenge on the Foxes in a crucial top-four encounter on Tuesday night.

Liverpool’s last-gasp winner from goalkeeper Alisson at the weekend had applied the pressure heading into the meeting at Stamford Bridge, both sides knowing that dropped points would open the door to last season’s runaway champions.

After a blistering first-half display in which Timo Werner twice saw a goal disallowed, Thomas Tuchel’s men finally made the breakthrough through Antonio Rudiger just after the interval, before Jorginho added a second from the penalty spot to all-but secure the victory.

A late Kelechi Iheanacho strike did ensure a frantic and heated finale, with the two sides involved in a mass touchline brawl late on, yet the Blues hung on give them an excellent opportunity of claiming a place in the top-four, with a win at Villa Park enough to see them finish third.

Any dropped points however will leave the door open for Leicester to capitalise, while Chelsea will also have one eye on next week’s Champions League final, with their opponents Manchester City afforded the luxury of resting players ahead of that clash, after already cementing their place as title winners.

One potential concern for both upcoming games will be the fitness of N’Golo Kante, the pivotal Frenchman having to be withdrawn early on against his former club, although it did appear to be a precautionary move. Summer signing Kai Havertz is also a doubt.

The two sides last meeting came amid a typically hectic festive schedule, with both sides, at the time, attempting to challenge for a place in the top-four.

The hosts – then under former boss Frank Lampard – took the lead midway through the first half, veteran striker Olivier Giroud heading in superbly from a Ben Chilwell cross for his 10th goal in 10 games against the Villans.

In a tightly contested encounter, the away side drew level after the break, Anwar El Ghazi firing through the legs of Edouard Mendy, before both sides went on to miss late chances to win the game.

That eventual draw saw Villa move up to the heady heights of fifth and just six points behind then leaders Liverpool, albeit with a game in hand, while the Blues moved into sixth.

UK and Irish readers can watch the match on Sky Sports.