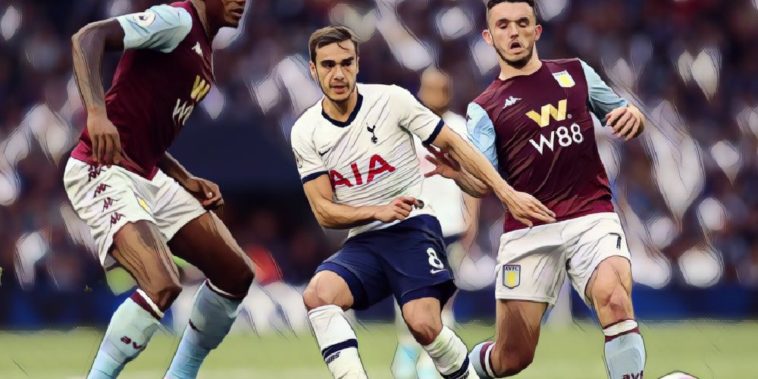 Top four hopefuls Tottenham make their return from the inaugural Premier League winter break at Villa Park this weekend, facing off against an Aston Villa side desperately seeking points in their bid to beat the drop.

Aston Villa sit outside of the Premier League’s relegation places by just a single point as the club prepare to return from the mid-season break, Dean Smith’s side having flirted with the drop zone for much of their first season back in the top flight since promotion last term.

Villa have picked up two wins from their past five fixtures, though defeat to fellow strugglers Bournemouth last time out leaves the club firmly in the battle at the bottom.

The one positive from that defeat, however, was a debut goal for new signing Mbwana Samatta, and Villa will hope the Tanzanian can score the goals to lift them away from danger, the Midlands side having been overly reliant on Jack Grealish for both creativity and goals in recent fixtures.

Villa face just one of the current bottom six – West Ham on the final day of the season – over their remaining 13 games and must start to pick up points from elsewhere if they are to survive, starting with the visit of Champions League-chasing Tottenham this weekend.

Most chances created from open play in the Premier League this season:

Back-to-back wins, including victory against Premier League champions Manchester City last time out, have boosted Tottenham’s hopes of securing a top four finish, the north London side having moved within just four points of fourth-placed Chelsea in the race to secure Champions League football.

Steven Bergwijn’s impressive debut and stunning goal against City has lifted spirits around Spurs, and with huge fixtures against fellow top four hopefuls Chelsea and Wolves to come in their next two fixtures, Jose Mourinho’s side will be treating the visit to struggling Villa as a must-win encounter.

Harry Kane’s extended absence with a hamstring injury has lead to Son Heung-Min leading the line in recent weeks, though the South Korean has shouldered the responsibility by scoring in each of the club’s past two fixtures.

Mourinho knows his side have little room for error in the race for the top four, a place amongst Europe’s elite surely his objective as the club close in on the Champions League places.

Aston Villa would make the trip to the Tottenham Hotspur Stadium on the opening weekend of the season as the club made their return to Premier League level, and after surviving an early onslaught would take the lead against the run of play in north London, John McGinn surging forward before finishing low past Hugo Lloris.

Tom Heaton would be in inspired form in the visiting goal for Villa, though the newly-promoted side’s resistance would be broken as Tanguy Ndombele fired home from distance to mark his Spurs debut in style.

With just four minutes remaining Harry Kane would fire the hosts ahead after Jack Grealish was caught in possession on the edge of his own penalty area, before the England captain sealed the victory just minutes later as Spurs opened the season with three points.

How can I watch Aston Villa v Tottenham?