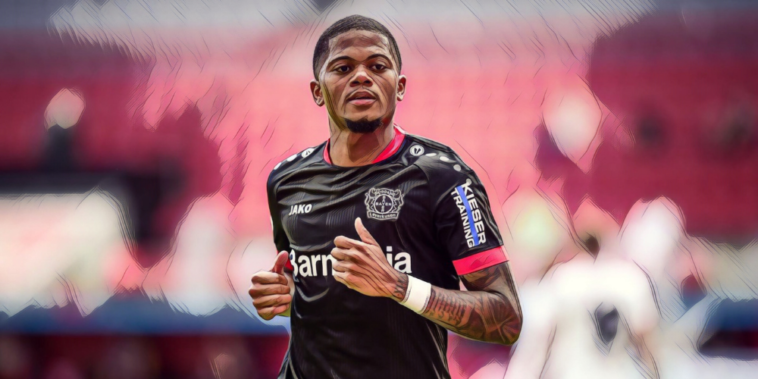 Aston Villa have completed the signing of Leon Bailey from Bayer Leverkusen, with the winger signing a four-year deal at Villa Park.

Bailey has been routinely linked with a move to the Premier League in recent seasons and arrives into English football following an impressive season at Leverkusen, scoring nine goals and providing eight assists in 25 league starts.

The fee is believed to be in the region of £30m for the Jamaica international, with the Bundesliga side having sanctioned his sale after missing out on Champions League qualification last season.

The 23-year-old has spoken to the club’s official website after completing the move, admitting he is relishing the ‘next step in his career’ in the Premier League.

“For me, it’s a great club with a big history and it’s the right step for me. I’m excited to get started,” he said.

“It’s always been somewhere that I’ve wanted to play. I feel like now is the right time and I’m excited about it.

“Hopefully I can do what I do best and have a great season in the Premier League.”

Bailey’s arrival comes amid the news that Villa are ready to accept a £100m bid from Manchester City for club captain Jack Grealish, with the Premier League champions having submitted a record-breaking offer for the England international.

Sky Sports are reporting that Villa are yet to respond to the offer from the Etihad, but are prepared to accept a bid that eclipses the £89m deal that took Paul Pogba to Manchester United from Juventus in 2016.

Villa have offered Grealish a new contract in an effort to keep hold of the midfielder, though the decision is now set to be handed to the 25-year-old as he deliberates whether to move to City or remain with his boyhood side.