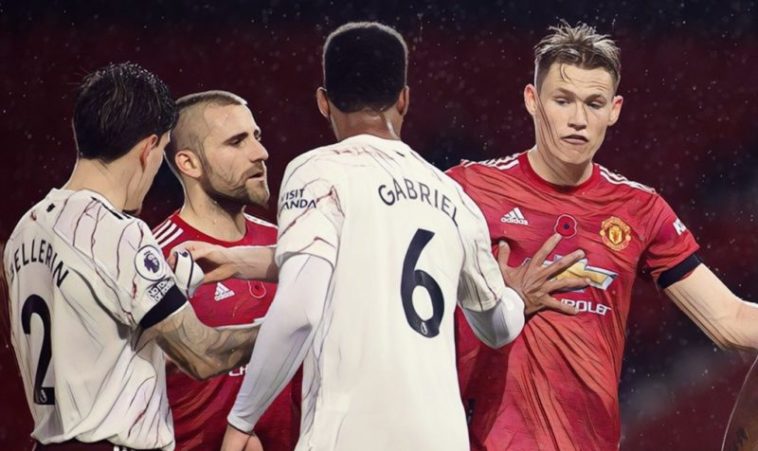 Paul Scholes has blasted Manchester United’s performance in their 1-0 defeat to Arsenal and has criticised the displays of midfield duo Fred and Scott McTominay.

Ole Gunnar Solskjaer’s side produced a poor performance as their recent momentum was halted by the Gunners, the north London side securing their first league victory at Old Trafford in 14 years through Pierre-Emerick Aubameyang’s second-half penalty.

It was a hugely disappointing display from the hosts who failed to replicate the attacking intent that saw the club thrash RB Leipzig in the Champions League in midweek, the defeat meaning that United have now picked up just one point from four home fixtures in the Premier League so far this season.

Scholes was fiercely critical of his former side in the aftermath of the Arsenal defeat, slamming the showings of midfield duo Fred and Scott McTominay who failed to make any kind of impact in the diamond system that had proven so successful against Leipzig.

‘It’s as poor as I’ve seen Manchester United at Old Trafford to be honest with you,’ Scholes told Premier League Productions.

‘You have to give Arsenal credit, they were very good but on the other hand you have to expect more from United and the two midfield players especially.’

‘I said at half-time if you’re going to get your best, most creative players who can score goals on the ball then the two in midfield have to have some kind of possession and some kind of control, but the quality was missing from them two [Fred and McTominay].

‘They were playing as centre halves, not central midfield players.’