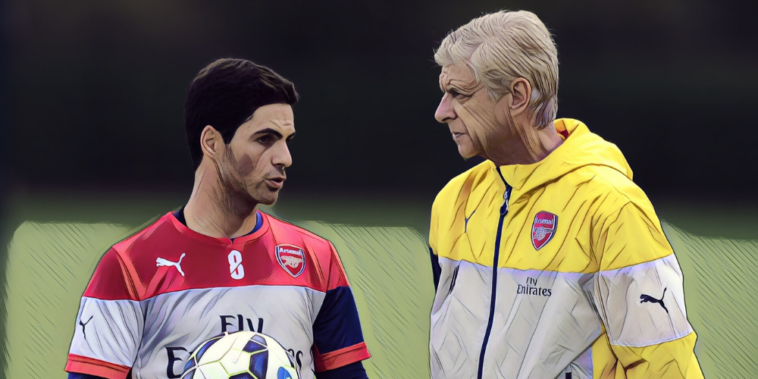 Mikel Arteta has opened the door for Arsene Wenger to return to Arsenal and believes the return of the former manager would be ‘beneficial for all parties’.

Arteta played under Wenger for five seasons before his retirement in 2016 and subsequent move into coaching, with the latter bringing an end to a 22-year reign at the Emirates two seasons later, a period that delivered three league titles and record seven FA Cup successes.

Arteta has credited Wenger as an inspiration behind his decision to move into management, revealing how he learned from the former Gunners’ boss as he came towards the end of his playing career.

Speaking on Wenger’s influence, Arteta told Sky Sports: “If it was not for him I would not be in the position I am today and I wouldn’t have enjoyed the career I had.

“I was still young and I had my ideas, but he was a different level of inspiration on how I looked at the game.

“He was very good at being able to transmit what a football club meant into the players and he put different question marks on me. That is why I started to study and take coaching much more seriously.”

Wenger is currently working as FIFA’s chief of global football development, though Arteta believes ‘all parties’ could benefit from the 71-year-old having a ‘more present’ role at Arsenal.

“I would like him to be more present at the club. I think the players would love him, benefit, and be inspired to have him around and I think for the club it would be a huge boost.

“It was so intense for him for over 20 years and you need to get away a little bit, but I think it would be so beneficial for all parties to have him more present.”

Yes indeed. By all means, bring him back to the home where he has been so instrumental in creating the name of AFC in large letters!
However let him ‘advise’, and not superceed the energy that Arteta has brought to Arsenal team in it’s current form.