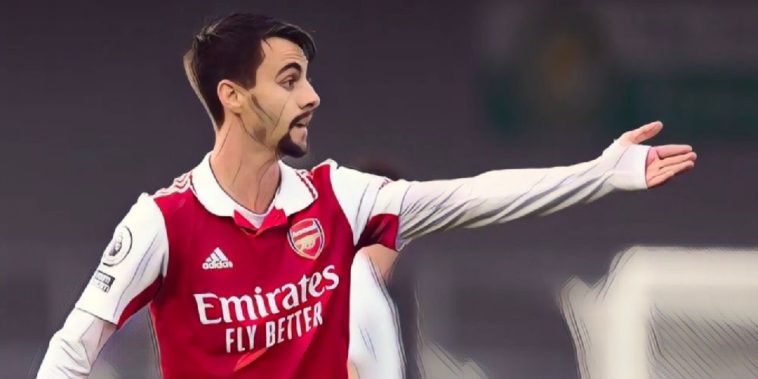 Mikel Arteta has praised the ‘versatility’ of summer signing Fabio Vieira while revealing that fellow new arrival Marquinhos will not be sent on loan.

Arsenal have been one of the Premier League’s busier side’s in this summer’s transfer window, bringing in five signings during their pre-season preparations.

Gabriel Jesus has stolen the headlines after his impressive start to life at the Emirates, while Oleksandr Zinchenko has also made a positive impression in his early outings for the Gunners.

The North London club have kicked the season off with back-to-back wins in the Premier League and look to continue their 100% start to the season when they take on Bournemouth on Saturday evening.

Speaking ahead of the game, Mikel Arteta revealed that Cedric Soares and Emile Smith Rowe will be available for selection, along with new signing Fabio Vieira, after they all featured in the Gunners U21 victory over Swansea in midweek.

“Everybody’s OK,” he said at his pre-match press conference. “As you saw we had Cedric, Fabio and Emile playing with the u21s. They played with us and are available for selection.”

Vieira arrived at the Emirates in a deal worth €40 million from FC Porto in the summer, with injury preventing him from featuring in the first two Premier League games.

However, Arteta believes that the 22-year-old could strike up a ‘powerful’ relationship with Smith Rowe, praising the Portuguese midfielder’s ‘versatility’.

“With Fabio his versatility is something that caught our eye and we believe he’s going to give us a lot of options,” said the Spaniard. “That relationship with Emile on that side can be very powerful.”

Arsenal also completed the capture of Brazilian teenager, Marquinhos, this summer, and Arteta said that the 19-year-old will remain with his squad rather than being loaned out.

“Very happy with him. He’s adapted really well he’s a really likeable figure even if his language is not great yet.

“We’re gonna keep him here for another few months and make sure he establishes himself and then see what’s best for his development.”