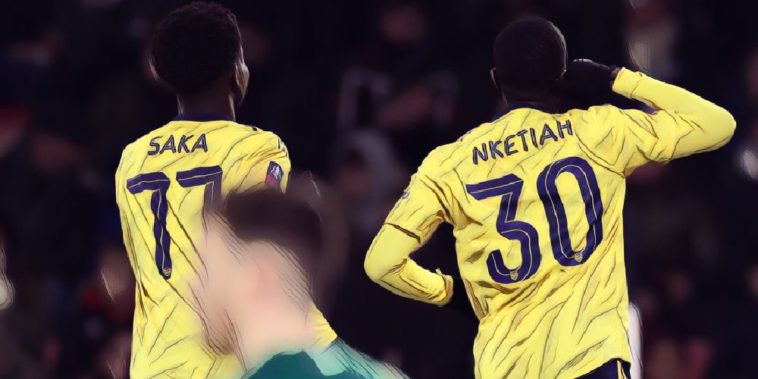 Arsenal progressed to the fifth round of the FA Cup with a 2-1 win over Bournemouth as they bid to win the famous old competition for a record 14th time.

Going into Monday nights fourth round tie with Bournemouth, Arsenal had won just two of their seven games since Arteta’s appointment, though first-half goals from Bukayo Saka and Eddie Nketiah secured the Gunners passage to the last 16.

Second-half substitute Sam Surridge netted a late consolation for the Cherries, though his 98th minute goal came far too late for Eddie Howe’s men, and speaking afterwards, Arteta was full of praise for the performance of his young side.

“I’m very pleased. I knew it was going to be a tough game and we played a really young squad,” Arteta told the BBC. “I wanted to see the reaction and I was very pleased because I saw a lot of things I really liked.

“In the first half we were really, really good. They executed everything we planned in a really good way and showed he courage to make big decisions.

“We played with that accountability, making decisions and I really liked it. They were terrific with their work-rate, showed courage to make those big decisions and not to play safe.

“That is the difference.”

Speaking about potential dealings before the January 31st deadline, Arteta admitted that his side are still looking to do some business: “We are in the market. We are looking for some things with the resources we have and we will tell you when we have more news.”

The Gunners will take another trip to the south coast for their fifth round tie next month after being drawn against 2008 winners, Portsmouth.

See also – FA Cup Fourth Round: Team of the Week