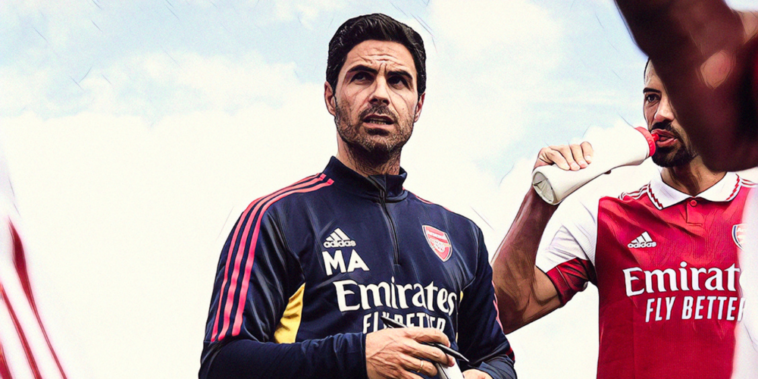 Mikel Areta has opened up on Arsenal’s transfer plans in the final weeks of the window and has discussed Pierre-Emerick Aubameyang’s potential return to the Premier League.

Arsenal have been among the highest-spending clubs in Europe this summer, bringing in a host of new additions including the double capture of Gabriel Jesus and Oleksandr Zinchenko from Manchester City.

The Gunners have been linked with signing an additional midfielder before the deadline, with Leicester’s Youri Tielemans a reported transfer target.

Arteta has admitted he is yet to finalise his squad and suggested Arsenal could enter the market once more should the right player become available.

“We are still willing to finalise the squad the way we want,” said Arteta at his pre-match press conference ahead of Arsenal’s clash with Leicester.

“If we can add in something, great, but as well for a few players, we have to find the right game time because it’s going to be difficult.”

Arteta was also asked on a potential return to the Premier League for Aubameyang, who has been linked with a move to Chelsea.

The 33-year-old scored 92 goals in 163 appearances for the Gunners, but was allowed to leave on a free transfer in January after alleged disciplinary breaches. Arteta removed the forward as club captain, before sanctioning his exit to Barcelona in the winter window.

Despite the manner of his exit, Arteta praised Aubameyang as an ‘exceptional player’ and reiterated his hope that the forward receives a warm welcome should he return to the Emirates as an opposition player.

“Auba is an exceptional player, he did so much for us. He was our captain and we have to be grateful, very grateful for what he did for this club.”

On whether Aubameyang should get a reception from the Arsenal fans if he returned to the Premier League, he added: “I hope he does.”