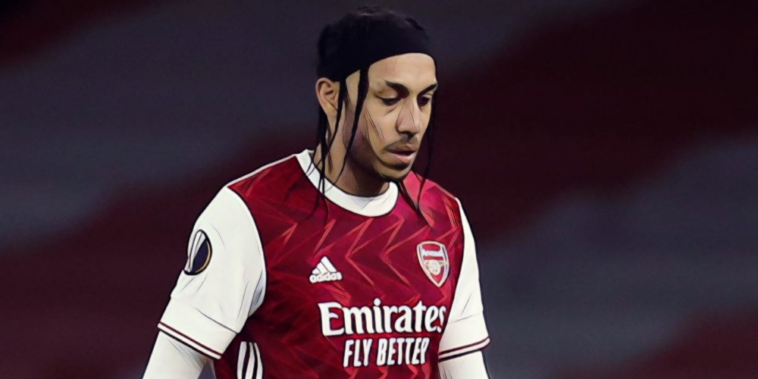 Mikel Arteta is hopeful Pierre-Emerick Aubameyang can make a swift return to fitness after the forward contracted malaria on international duty with Gabon.

Aubameyang missed Arsenal‘s impressive 4-0 win at Slavia Prague in the Europa League on Thursday, after also sitting out of the win at Sheffield United last weekend following hospital treatment.

The 31-year-old has since returned home and is resting with Arteta optimistic on the club captain’s recovery, insisting Aubameyang is ‘feeling good’ following his hospitalisation.

“We just spoke with him. He’s at home, he’s fine, he’s completely fine at the moment,” Arteta said at his post-match press conference.

“He had two days in hospital to get the right treatment but he’s feeling good now.

“We’ll see how he recovers. I think he’ll need a few days to recover from that. He wants to be back as soon as possible, that’s what he said to me.

Arteta revealed that he first discovered of Aubameyang’s illness two days before the clash with Sheffield United last weekend, though admitted the forward’s diagnosis came as a surprise and praised the doctors for the ‘great job’ in assessing and treating the player.

“When he wasn’t involved against Sheffield, two days before he wasn’t feeling good, but nobody could expect that was the case and the doctors took some more tests and that’s when it came out. The doctor realised very quickly what had to be done and they did a great job, and he’s safe and feeling good.”

The Spaniard was asked if he feels it could take Aubameyang some time to return to full fitness, but reemphasised his hope that the forward can make a quick recovery ahead of the Premier League’s run-in.

“Hopefully not because he feels really good, that’s what he said to me today, and he really wants to get back, but I don’t know, it shouldn’t take too long.”