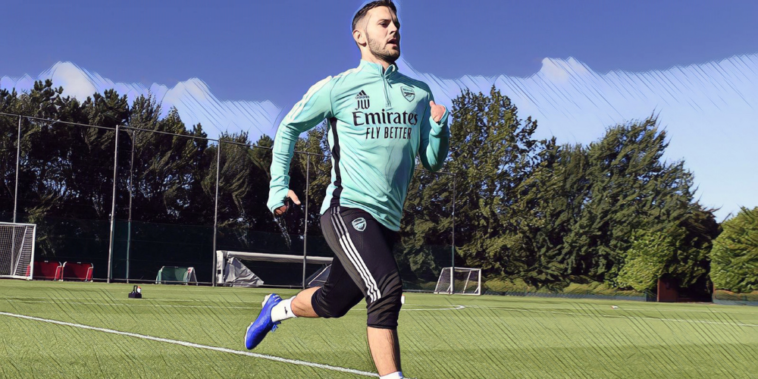 Mikel Arteta has explained Jack Wilshere’s return to Arsenal training after the free agent midfielder linked up with his former side.

Wilshere is training with his former side at the Gunners’ London Colney training centre as he seeks a return to football following his release at Bournemouth.

The 34-cap former England international had been training with Serie B side Como earlier in the summer and Arsenal are aiding the player’s bid to find an avenue back into the game, with the 29-year-old starting his coaching badges.

Arteta has discussed Wilshere’s return to the club and says the Gunners felt it was the ‘right moment’ to help the former academy graduate, who made 197 appearances for Arsenal after coming through the ranks.

“What you should believe is that we want to help Jack prepare for his next stage, physically, mentally,” Mikel Arteta told Arsenal.com.

“He wants to do his coaching badges again and we are prepared to fulfil all the needs that he wants. That is basically the idea and it is no further than that.

“I am very happy to have him back. We had a conversation with Jack and understand the needs that he has, the period that he is going through and I think everyone at the club agreed it was the right moment to help him.

We're helping Jack prepare and train for his next step, while he continues to do his coaching badges pic.twitter.com/KI41WlTNdx

“We sat down with him and we listened to what he wanted to do and what stage he is and we are prepared to do anything we can to help him.

Arteta is hopeful that Wilshere can maintain his fitness during his time training with the club and says the Gunners are happy to accommodate a player who is ‘a big part’ of the north London side’s history.

Asked what he hopes from Wilshere’s return, Arteta added: “That physically he can keep himself fit, because obviously we know the issues that injuries have caused him in his career,” he said.

“When you have been away for many years, maybe you can lose that sense or can question yourself but there is no question: we all love him, we’re happy to have him around and he is a big part of our history.”