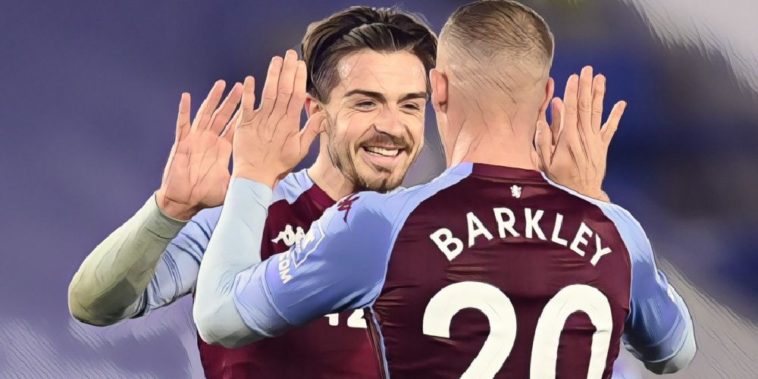 Arsene Wenger has discussed the quality of Aston Villa captain Jack Grealish and has revealed what he believes the midfielder has ‘mastered’.

Grealish has emerged as one of the Premier League’s finest footballers over the past two seasons and has enjoyed an excellent campaign for an improving Aston Villa side in 2020/21, scoring six goals and providing 10 assists for Dean Smith’s side.

The 25-year-old’s performances have seen Villa move into contention for a place in Europe and have not gone unnoticed by the Premier League’s biggest sides, with Manchester United and Manchester City having been strongly linked with the England international.

Arsenal have also been urged to make a move for the star who has emerged as one of the favourites for the PFA Player of the Year award, and former Gunners’ boss Wenger has revealed how he believes Grealish has improved when assessing England’s attacking midfield options.

“I like Grealish,” Wenger told broadcaster beIN SPORTS. “He has mastered (playing) slow and quick.

“He can dribble, he has composure, he is very creative in his passing. (Phil) Foden is a bit more direct but I would have to say that they are both great players.”

Grealish broke into the senior England side last year and is a leading contender for a place in Gareth Southgate’s squad ahead of this summer’s European Championships, though faces a wealth of competition from the likes of Phil Foden, Mason Mount and James Maddison.