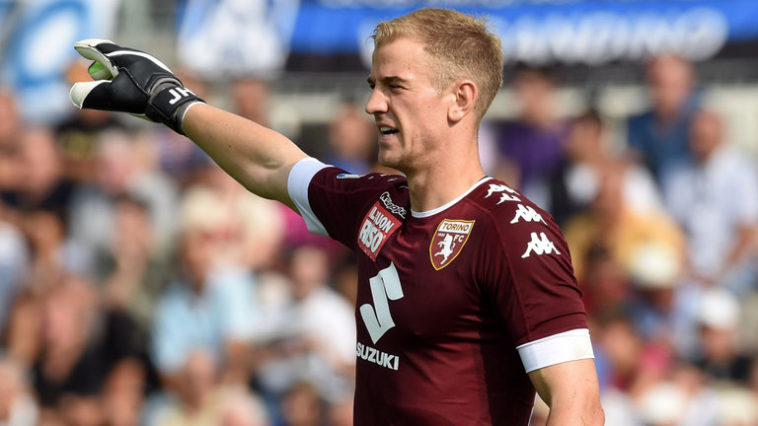 Arsenal are keen to sign Manchester City goalkeeper Joe Hart this summer as they look for a replacement for Petr Cech.

An article in today’s Daily Mail has linked the Gunners with a move for the 29-year-old goalkeeper, who has spent this season on loan at Italian club Torino.

Hart was of course the long term Manchester City number 1 until last summer, when Pep Guardiola decided that he wasn’t the right type of player. The Spanish manager likes his goalkeepers to be comfortable with the ball at their feet. He went and signed Barcelona ‘keeper Claudio Bravo, whose performances have been heavily scrutinised since his arrival.

Despite Bravo’s ‘dodgy’ displays, Guardiola still doesn’t want Joe Hart back at the Etihad Stadium, and it has promoted Arsenal into showing an interest in the England stopper.

Arsenal want Hart to move to the Emirates to compete for the number 1 jersey with Oetr Cech, who if he stayed at the club would likely become the back-up ‘keeper.

However, it won’t be plain sailing to sign Hart. Liverpool and Everton have also been linked with making a bid. Liverpools goalkeeping woes have been well documented, with Loris Karius and Simon Mignolet seemingly in a competition to see who can make the biggest mistake next.

Manchester City are expected to slap a £15million price tag on Joe Hart as he is still under contract at the club for a further two-and-a-half years.

True, but he’s hardly going to admit any interest and threaten his goalkeepers losing confidence at this stage of the season