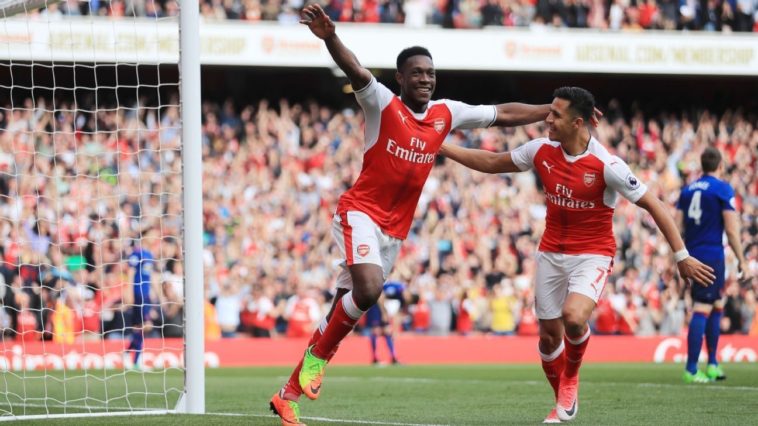 Arsenal beat Manchester United with two second half goals to keep their faint top four hopes alive. Here are five things we learned about the match.

Before this match, Jose Mourinho was unbeaten in all 12 Premier League matches he had faced against Arsene Wenger. However, Wenger finally emerged victorious against his rival with a 2-0 win at the Emirates. Arsenal were the better side and fully deserved the three points.

March 2016 was the last time Aaron Ramsey scored in a league goal and it shows. The Welsh international had two of Arsenal’s best chances in the first half and was one of Arsenal’s better players but failed to convert them.

The most annoying thing about Ramsey is his inconsistency. He can be an excellent player as he showed today, but those performances have been all too rare since the 2013/14 season when he was in the best form of his career.

Eight changes too many for Manchester United

Jose Mourinho made it very clear before the match that he would be resting players. The Manchester United manager prefers to focus on the Europa League with his side unlikely to make the top four. Mourinho made eight changes to the team that beat Celta Vigo 1-0 on Thursday.

While it is understandable that Mourinho would want to rest players for the second leg of Man United’s Europa League semi-final, the amount of changes certainly did not work in his favour.

Danny Welbeck loves to score against his former side

The former Manchester United academy player joined Arsenal in the summer of 2014. Unfortunately injuries have stopped Danny Welbeck having a regular run in the side.

He is now starting to get back to his best and scored Arsenal’s second goal against Man United. Welbeck has now scored in each of his last three appearances against his boyhood club.

Alex Oxlade-Chamberlain proves his worth yet again

Alex Oxlade-Chamberlain was Arsenal’s Player of the Month for April, a well deserved accolade after his performances. The England international had another great game at right wing-back against Manchester United.

He provided the assist for Welbeck’s goal and that is his seventh assist of the season. Now that he is a regular starter, Oxlade-Chamberlain’s overall game is improving massively.

He is working hard to improve in both defence and attack and is a vital player for Arsenal.

Will either side finish in the top four? What did you notice from the game? Leave us a comment below.