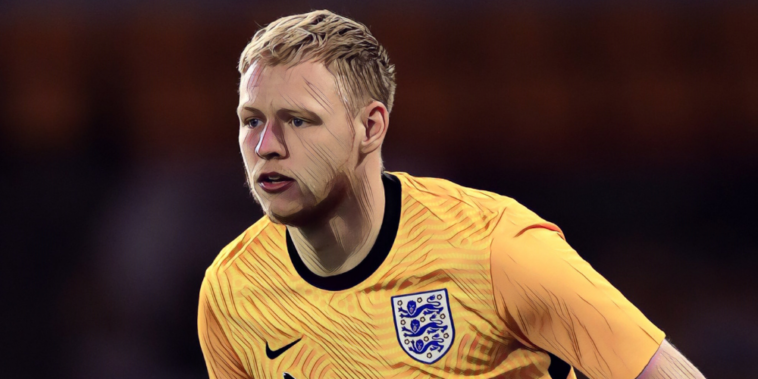 Arsenal are finally set to complete the signing of Aaron Ramsdale from Sheffield United in a £30m deal.

The north London side have been pursuing a deal for Ramsdale throughout the transfer window with the England u21 international the club’s leading target to provide competition and cover for goalkeeper Bernd Leno.

Ramsdale’s on/off move to Arsenal is now said to be close, as Mikel Arteta looks to add further potential to his developing squad.

Sheffield United had been demanding a fee of around £40m for the 23-year-old following the club’s relegation, but the Guardian are reporting that talks accelerated this week and that Ramsdale could be registered in time to face Chelsea this weekend.

The deal is believed to be an initial £24m with a further £6m dependent on performance-related add-ons, with Ramsdale – who formed part of the England squad at Euro 2020 – set to become Arsenal’s fourth signing of the summer.

Negotiations over a deal for Martin Odegaard have also progressed this week with the Gunners having agreed a fee of around £30m with Real Madrid for the midfielder, who spent the second half of last season on loan at the Emirates.

Bournemouth are also set to receive 15% of the fee for Ramsdale, having inserted a 15% sell-on clause into the £18.5m deal that took the goalkeeper to Bramall Lane last summer.