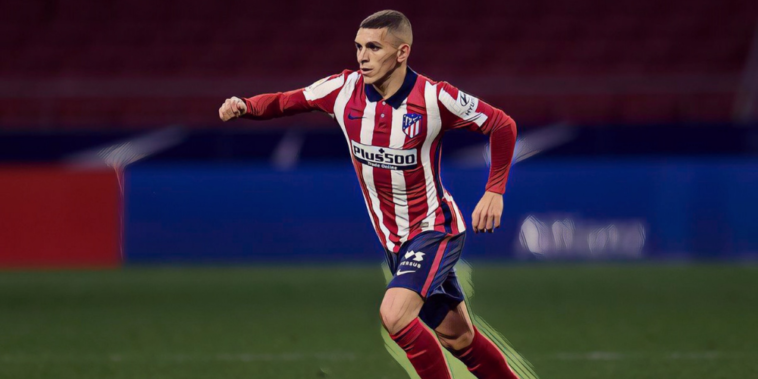 Lucas Torreira is determined to fulfil his long-held ambition of playing for Boca Juniors following the tragic death of the midfielder’s mother this week.

Torreira is currently on a season-long loan deal at Atletico Madrid from Arsenal but has struggled to secure regular first-team football since moving to the Spanish capital, starting just three league fixtures for the La Liga leaders.

The 25-year-old’s future appears uncertain as he prepares to return to the Emirates this summer, though the midfielder has revealed his desire to return to South America following the tragic passing of his mother to Covid-19.

The Uruguay international says it is his lifelong ambition to sign for Boca Juniors and has openly discussed his interest in signing for the Argentine side.

“I am trying to understand the situation. It is difficult to come to terms with it but as time passes, we will come to live with this pain,” he told ESPN Argentina

“My mother was 53 years old and died from Covid. There was an outbreak in Fray Bentos (Torreira’s hometown in Uruguay) and she spent 11 days fighting but on Monday morning I received the worst news.

“I asked Atletico for some time off. Cholo (manager Diego Simeone) understood everything and they gave me a week, but I asked to stay for a little longer. On Sunday I will probably return. I have to do my duty and life must continue. Atletico have been very good to me and it’s important.

Torreira admits the news has increased his desire to be closer to his family once more and admits he is desperate for a return to South America following a difficult period over the past two seasons.

“I want to be close to my home, my family,” he said. “I have a contract at Arsenal and I am on loan at Atletico but I want to go to Boca. I hope the clubs can agree.

“It’s been two years since I was enjoying myself personally, I haven’t had continuity. Arsenal hurt me and at Atletico, I don’t play like I want.

“Nobody from Boca called, they sent me a shirt. And the day Boca played Santos, I sent a message to encourage them.

“I just want to play for Boca. I have made my decision. I will do it for my father. He asked me and I’m going to do it.”