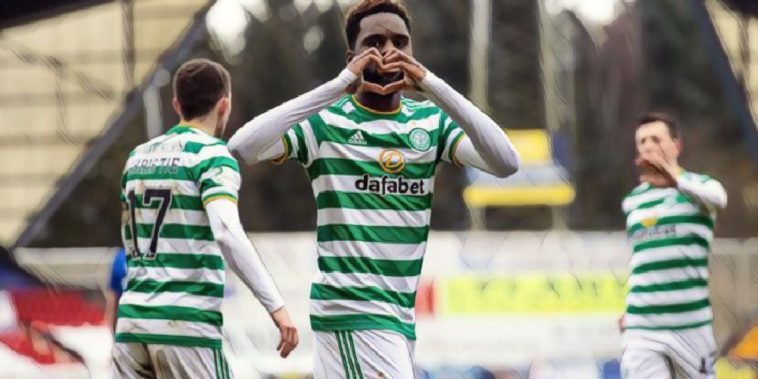 Arsenal have been linked with a cut-price move for £15m rated Celtic striker Odsonne Edouard, as the future of Alexandre Lacazette continues to look uncertain.

The Gunners have endured a frustrating season thus far, with their recent 4-2 win over Leeds United doing little to hide the fact that they have been well below par for much for the campaign.

One major positive, however, has been that the club have been to able to ramp up their squad overhaul, with Mikel Arteta overseeing the departure of the likes of Mesut Ozil, Sokratis and Shkodran Mustafi during the recent January transfer window.

With much of the ‘deadwood’ having been moved on, the Spaniard will now be concerned with who will be coming through the door in the summer, with the squad seemingly in need of reinforcements as they look to try and challenge higher up the Premier League table.

Arsenal look to already have their eye on one potential addition, the Express reporting that Celtic forward Odsonne Edouard could be making the move to the Emirates this summer

The Frenchman has been fairly prolific since his arrival at Parkhead, initially on loan, in 2017 from Ligue 1 giants Paris Saint-Germain.

Despite Neil Lennon’s side having suffered a pretty dismal title defence this term, the 23-year-old has still been fairly adept at finding the back of the net, with his brace in the recent win over St. Johnstone making it a third consecutive season in which he has scored at least 20 goals in all competitions.

While he’s untested at Premier League level, the potential for a cut-price deal may entice Arteta and co to take a punt, with the player said to be valued at roughly £15m.

With his current contract set to expire in 2022, the Scottish Premiership side may be keen to move him on this summer, in order to avoid losing him for free at the end of his exisiting deal.

The Gunners have already had success in bringing players in from north of the border, with Kieran Tierney having shown his worth since his move from Celtic in 2019.

Any move for the striker could likely mean the end for Alexandre Lacazette, the former Lyon man’s future currently up in the air, remaining an unused substitute during the win over Leeds.

There are, however, question marks surrounding the player’s commitment, the forward having been one of a handful of Celtic stars who were accused of downing tools earlier this season, in the hope of securing a move.