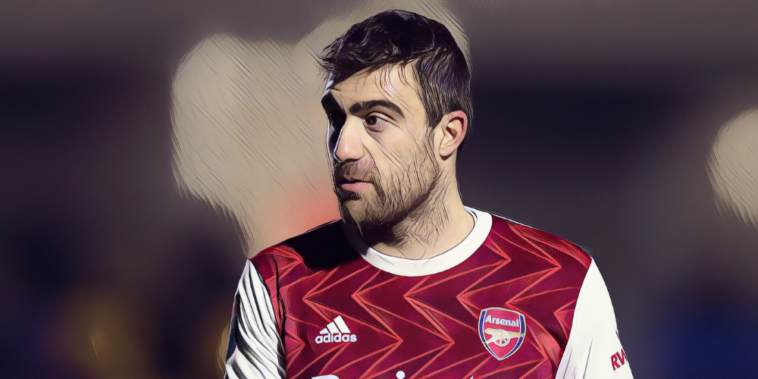 Arsenal have confirmed the departure of Sokratis with the defender’s contract with the club having been cancelled by mutual consent.

Sokratis has not featured for Arsenal this season after finding himself surplus to requirements under Mikel Arteta, the Greek international having been omitted from the Gunners’ squads for their Premier League and Europa League campaigns.

The 32-year-old signed for the north London side in a £17.6m deal from Borussia Dortmund in 2018 and made 69 appearances in all competitions, forming part of the side that won the FA Cup last season.

Arsenal have confirmed the player’s exit in a statement on the club’s website, thanking Sokratis for his contribution and confirming the defender will now be free to negotiate with other clubs as a free agent.

The centre-back is reported to have attracted interest from several clubs across the continent, with the likes of Napoli, Olympiakos and Real Betis having been linked with a move for the experienced 90-cap star.

Sokratis’ departure is widely expected to be followed the similar news about the departure of Mesut Ozil, the highest-paid player in the Gunners’ history having agreed to the termination of his deal after also finding himself frozen out this season.

Ozil signed for the north Londoners in a club-record deal from Real Madrid in 2013 and made 254 appearances in all competitions, the World Cup winner now set to sign a deal with Turkish side Fenerbahce.

Read Also – Wayne Rooney: The tenacious street footballer with the mind of a manager