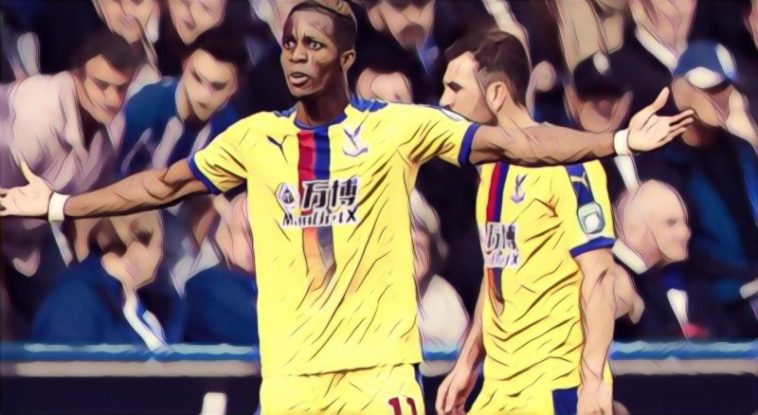 Arsenal have made the first official move in their bid to bring Crystal Palace attacker Wilf Zaha to the Emirates this summer, lodging a bid of £40 million with their London rivals for the Ivory Coast international.

However, according to Sky Sports Palace are adamant that the talented attacker will not be sold and value their star man at £80 million.

Boyhood Gunners fan Zaha is keen on the move and in a further development earlier this evening his brother Judicael pleaded with the Eagles to allow his sibling join Arsenal.

Zaha brother: "Given all Wilfried has given to Palace to help them remain a PL club, I hope Palace will be able to see their way to agreeing a deal with Arsenal that allows Wilfried to realise his dream of playing European Football for the club he’s supported since childhood" 2/2

Arsenal though are widely believed to have a transfer budget in the region of just £40-45 million this summer, and will need to raise funds through player sales if they are to meet Palace’s valuation.

26-year-old Zaha burst onto the scene as a precocious teenager with Palace after coming through their youth academy, and famously became Sir Alex Ferguson’s last signing as Manchester United manager in 2013.

However, Zaha’s spell at Old Trafford was a wretched one, making just two Premier League appearances, and after an unsuccessful spell on loan at Cardiff, he returned to Selhurst Park on a temporary basis, before making the move permanent in summer of 2015.

Zaha has been in electric form over the last couple of seasons, eradicating the inconsistencies that were so evident in his youth, to become one of the top flights most threatening attacking players.

He has been instrumental in Palace securing their Premier League status over recent campaigns and last summer signed a five-year deal that saw him become the highest paid player in the clubs history.

It seems though that Zaha now has his heart set on a move to the side he supported as a boy, although with the clubs poles apart in terms of transfer fee, it seems that this could well be one of the sagas of the summer.