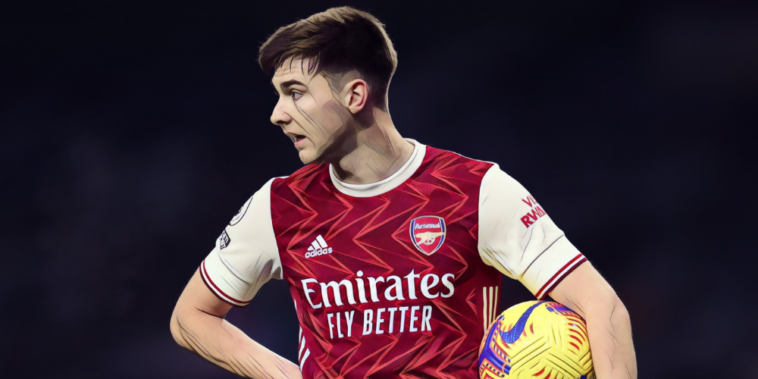 Mikel Arteta has provided updates on the fitness Kieran Tierney and Pierre-Emerick Aubameyang ahead of Arsenal’s trip to face Aston Villa this weekend.

Arsenal travel to Villa Park in tomorrow’s lunchtime kick off looking to bounce back from a midweek defeat at Wolves, which brought to an end the north London side’s seven-game unbeaten run in the Premier League as both David Luiz and Bernd Leno were sent off at Molineux.

Both players will now miss the clash through suspension with an appeal against Luiz’s dismissal rejected this week and the two players will be joined on the sidelines by Scotland international Tierney.

The full-back has not featured since the win over Newcastle on January 18 and Arteta has confirmed that the defender has now picked up a ‘different injury’ to the calf problem that has seen him absent in recent weeks.

“No, it’s a different injury in this case. Kieran is a player that really pushes himself and he has to be able to perform physically at his best because he cannot help himself.

“Even in training he can’t help himself. We are trying to manage him in the best possible way and find every possibility to give him the best chance to be fit as soon as possible, and we are here to support him as much as we can.”

Arteta confirmed that Pierre-Emerick Aubameyang is in contention to return to the starting lineup after returning from compassionate leave, the club captain having been introduced as a late substitute during the defeat at Wolves.

“Well he is available, he played a few minutes after 10 days of not doing much and hopefully in the next two days he feels good and he is available to contribute to the team.”