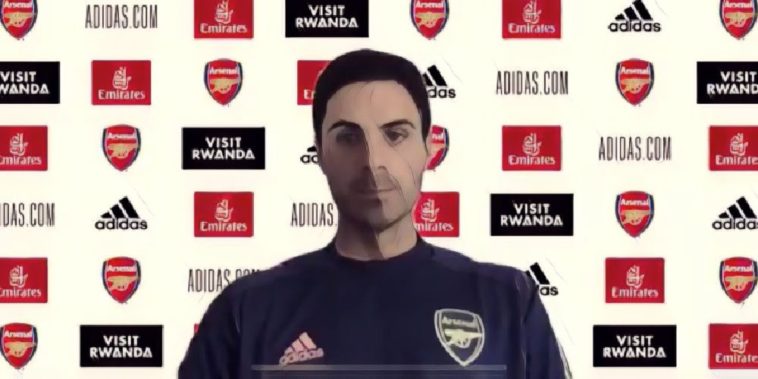 Mikel Arteta has admitted he has been impressed with Willian’s ‘attitude and mentality’ following his move from Chelsea to Arsenal this summer, while also revealing he is positive that a deal for Gabriel Magalhaes will go through.

Arsenal, like a number of clubs, are operating on a much tighter budget this summer due to the ongoing pandemic, though the Gunners were able to secure the free signing of Brazilian winger Willian from cross-city rivals Chelsea – the north London outfit able to match the 32-year-old’s desire to sign a three-year contract.

Upon his arrival, the winger made some pretty bold statements about his desire to add to his two Premier League winners medals, as well as finally get his hands on the Champions League trophy, much to the delight of his new manager.

“Well, it is the right spirit!” Arteta said at his pre-match press conference. “I want players who are optimistic and willing and they want to win for our club.

“That is the feeling I got from the first day I met Willian: he is not satisfied with what he has done in his career, which is a lot, and he is going to bring some special qualities for our team, and the type of attitude and mentality that you just mentioned in your question.”

Meanwhile, Arsenal’s need for a defensive overhaul is no secret, though with William Saliba having finally arrived, the north London side are also closing in on a deal for Gabriel Magalhaes from Lille, the defender having attracted attention from Napoli, Man Utd and Everton.

“Regarding Gabriel, we cannot announce anything yet, the deal is not finalised – you all know he is a player that we have followed for a long time and hopefully we can get it done,” Arteta added.

It was reported earlier this week that the defender had already had a medical, but no deal has yet been announced, though the Spaniard was ‘pretty positive’ that the transfer would eventually go through.

“Well, everything is okay when both parties sign, and the player agrees the terms and he goes through the medical – sometimes that, in the final stages, is not as easy as it looks. But we are pretty positive that we can do it,” Arteta said.

“Again, when we get it I will be very pleased. He’s a player that we’ve followed and we’re very determined that it was the right profile for us to improve our squad. If we are able to finalise it, we will be delighted.”

Despite only finishing their season on August 1st in the FA Cup final, Arsenal kick off their campaign on Saturday in the Community Shield final against Premier League champions Liverpool.