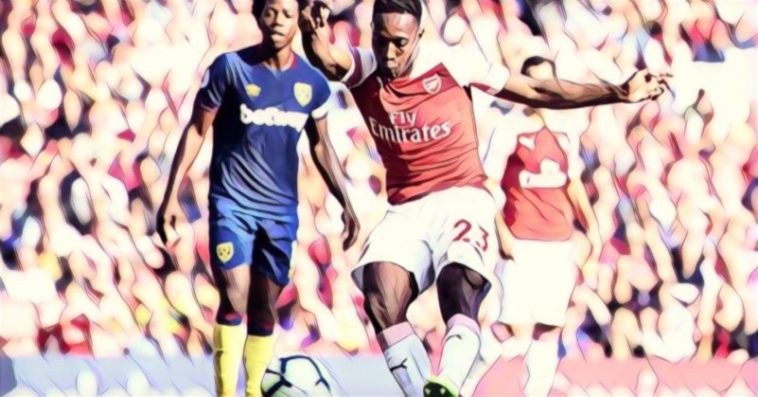 The Gunners gained their first points of the season as they came from behind to beat the Hammers 3-1 at the Emirates.

The 3-1 scoreline did not accurately summarize this victory for Arsenal, as the hosts missed a string of chances. On any other day, a draw would have been a fair score.

Having lost their first three league games and languishing at the bottom of the Premier League table, West Ham need to start converting their chances to score.

Robert Snodgrass and Lucas Perez were both guilty of missing good chances and West Ham can only hope they continue to create these opportunities in the coming games.

Arsenal get their first points

Both teams came into this game with zero points and consequently something had to give. Although they did not play that well, Arsenal ran out easy winners in the end.

Unai Emery is yet to install his identity on the Arsenal side, so any victory was important in order to prevent the team recording their worst start to season in over half a century.

Arsenal are now unbeaten in their last 10 Premier League London derbies at the Emirates, winning seven and drawing three.

Having been given a free role in midfield, Anderson ran the show for the Hammers and spearheaded numerous dangerous counterattacks. Unfortunately, his team mates squandered three fine chances the Brazilian created. On another day he may have been credited with three assists.

West Ham has certainly signed a player that can dominate a match, similar to Dimitri Payet, and so the hope is that he can continue in the same vein over the coming weeks.

The Gunners lack a midfield general

Many games are won or lost in midfield, and fine Arsenal teams of the past have had a domineering midfield general to take a game by the scruff of the neck.

A player similar to Patrick Vieira is missing in the Gunners midlfield, as Aaron Ramsey and Granit Xhaka have so far this season failed to deliver the necessary guile or energy.

Arsenal manager, Emery, has his hands tied until January when the transfer window reopens. Until then he can only work with what he has and try and get Mesut Ozil, who was missing yesterday, into some kind of form!

Having only signed from Toulouse this summer, it was a tough debut for West Ham defender Issa Diop.

After a steady start and playing his way safely into the match, on 70 minutes Diop unluckily diverted Alexandre Lacazette’s volley across the area into his own net.

By doing so, Diop became the eighth player to score an own goal on his Premier League debut and the first to do so for West Ham United in the competition.