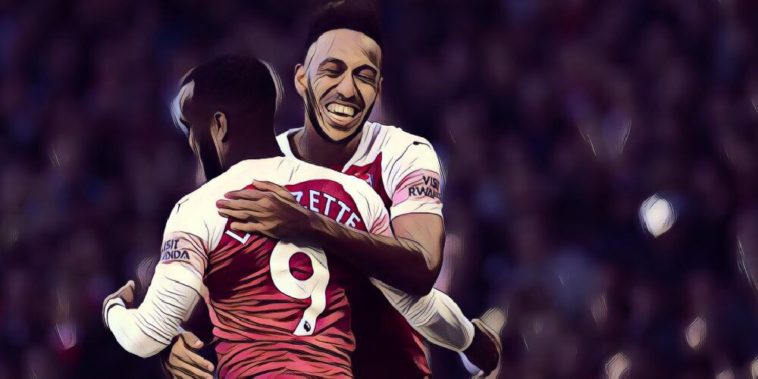 A spirited performance from Everton was not enough against a clinical Arsenal who were helped by a very controversial decision at the Emirates. Here are five things we learned.

It is safe to say that the gunners enjoy playing Everton. The Toffees record at the Emirates is nothing short of shambolic, with the Blues not managing to win away against Arsenal since 1996. Arsenal have also won 97 top-flight games against the Toffees (their highest compared to any other team), with Wenger racking up 32 of those.

The big positive for Marco Silva’s men is that unlike in recent years, the Gunners were arguably lucky to come away with the three points, with Everton having numerous chances to grab the win.

Considering that last season the Blues lost 5-1 at the very same ground and had an aggregate score over the two meetings of 10-3 it is easy to see that progress has been made. However, if Everton do want to become a team that breaks into the top six then it is games like this that they have to win when they play so well.

Everton’s lack of firepower comes back to haunt them

There is definitely a case to be made that Everton deserved to take all three points after Sunday’s clash at the Emirates. The first-half saw a dangerous looking Everton have numerous chances as their constant pressing of the Arsenal defence and midfield caused the Gunners a lot of problems.

Everton should have taken the lead early into the game after Calvert Lewin broke through on goal but his attempt to go around Cech was easily dealt with. In the second-half, the youngster was none existent and with a much more clinical striker leading the line the Blues may have got much more from the game, as Lacazette proved for Arsenal.

With Tosun currently in the middle of a goal drought, it does leave some concern about the rest of Everton’s season as there are only so many goals Richarlison can score by himself. January may call for Moshiri to go rooting into his pockets once more.

A massive case for VAR

From Jagielka’s red card which was arguably a yellow, to the free-kick against Wolves which was taken in the wrong spot and led to the equaliser, Everton have certainly had a few harsh decisions go against them so far this season.

Aubameyang’s second goal for the Gunners can now also be added to that list as he was clearly in an offside position when he made it 2-0 and effectively ended the game. Despite the linesman looking right at it he failed to spot it and it does raise further questions regarding the quality of the match officials.

After seeing VAR for the most part successfully implemented in the World Cup this past summer, it has led many fans to call for it to be given the go-ahead in the Premier League. Although many argue against it, decisions such as Aubameyang’s goal can completely change games and having VAR to help out can surely only be a good thing.

After Sunday’s result Everton’s start to the season hasn’t been as rosy as many would have hoped or even expected. Six games in and The Blues have only won once, losing to West Ham at home and getting disappointing draws against teams such as Huddersfield and Bournemouth.

After a fairly kind run in, especially compared to last seasons, many would have possibly hoped for a better run of results. However, with only one win so far this season there is a slight concern. With Fulham up next, Everton face another tough game against a team who will cause problems.

In defence of Marco Silva key players are missing. Richarlison missed three games, games in which he would have made an impact and players such as Bernard, Mina and Gomes have either hardly featured or not featured at all due to injury. Many of these missing players are ones that will surely improve the team so it may be a case of giving it sometime before Silva can fully mould his team.

Cech has had a tough time of things so far this season. Before the game against Everton he had failed to keep a clean sheet in the league and with the arrival of Bernd Leno, Cech finally seems to have some serious competition which has only increased the calls for him to be dropped.

Many argue that Cech is no longer the same player he once was from his Chelsea days and that age is finally catching up with the veteran. However, if Cech ever needed to show that there is still life in him then he showed it against Everton.

If it wasn’t for Cech then the scoreline may have been very different as he pulled off numerous good saves against Walcott, Richarlison and Keane to keep Everton at bay and prevented Calvert Lewin from scoring extremely early on in a one on one situation. Arsenal will be hoping Cech can now continue this form into the new season.